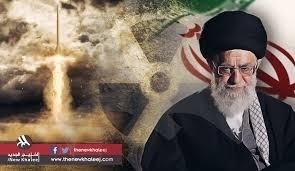 When Bashar al-Assad visited Sochi in August 2008 to sign a new arms supply contract and express his support for Russia’s military intervention in Georgia, no one anticipated that the year 2015 would come when the very regime’s survival would hinge on military support from the coastal regions. None expected that Syria would become the next theater after Georgia and Ukraine in which Putin would flex his military muscle on the international arena and implement his defense doctrine.

Lately, Moscow has made strides on several fronts. On the political front, Russia hosted two “Moscow conferences” between the Syrian regime and the “opposition” earlier this year, during which the attitude of the regime’s representative caused frustration, as he offered nothing – not even a “lip service”.

The Russian foreign ministry also invited most, or all, of the leaders of Syrian political factions and opposition figures to consult and unite them, breaking the monopoly of the National Coalition for Syrian Revolution and Opposition Forces. On the diplomatic front, Moscow was the driving force behind the U.N. Security Council’s (UNSC) statement that adopted “the Geneva Statement”; it also pressured Venezuela to unanimously support a presidential statement blessing U.N. envoy Staffan de Mistura’s plan to hold four working committees in Geneva simultaneously in the future to submit a resolution to the U.N. Secretary-General Ban Ki-moon by mid-November.

On the security front, Russia suggested a “miraculous” formation of a regional and international alliance that would support the Syrian regime forces to combat “terrorism”. Moscow also organized meetings between security personnel from Syria and the Arabian Gulf, during which Moscow metamorphosed into a channel for the Arab leadership seeking solutions to the Syrian crisis. On the military front, Russia escalated the status and quantity of its military support to the Syrian regime – following Assad’s official plea for military assistance – by dispatching more experts, taking control of Lattakia airport, and exploring possibilities to turn the port of Tartous into a military base.

In order to explain Moscow’s motive and to connect it to these political, diplomatic, security, and military dimensions that have become more pronounced, one has to return to Moscow’s viewpoint of the Syrian crisis. The first element is the Russian perception that is was “deceived” in Libya when it supported the UNSC’s “humanitarian” resolution that paved the way towards Western military intervention. A decade after losing Saddam Hussein’s Iraq, Russia lost Moammar Qaddafi’s Libya; since then, Russia’s veto at the UNSC has always been an attempt to “prevent the repetition of the Libyan scheme”.

Within this context, Vladimir Putin returned to power in 2012 as the “master of the Kremlin” who differed from his predecessor Dmitry Medvedev. Putin played on Russia’s nationalistic sentiments that had collapsed together with the Soviet Union (USSR), and took a calculated and daring offensive against Barack Obama when he dithered and retreated. The Russian public has widely supported Putin’s overruling of his former self’s and Medvedev’s style, and his insistence on preserving the USSR’s sphere of influence; Syria is now the last bastion of this influence. While Obama seeks withdrawal from the Middle East and regards Cuba and Iran’s return to the international community as his legacy, Putin sees his legacy in the restoration of the Cold War – and this legacy was welcomed by Moscow’s old and new allies who were disappointed by America’s retreat under Obama.

In the economic realm, the Russian-Syrian trade volume reached US $2 billion in 2012 and then declined to $500 million in 2013; gas and oil deals with Russian companies and speculative deals for natural gas in the Mediterranean off the Syrian coast are what remains of this trade.

The importance of arms sales has not waned because in 2006 – only a year after the issue of Soviet-era loans to Syria was resolved – arms contracts worth $4 billion were signed; several were added afterwards and the total value of the contracts shot up to $20 billion by 2010. These contracts promise the deployment of a large number of military experts, including a hundred of them in the port of Tartus. This updated the 1984 deal that was signed four years after the Soviet-Syrian “Friendship Treaty” whose purpose was to service the USSR’s Fifth Mediterranean Squadron at the port – the squadron withdrew from the port after the end of the Cold War. Nowadays, efforts are being made to convert the port of Tartous into a military base and to establish a military airbase in the civilian airport in Lattakia, which has remained in the Russian hands. Ultimately, the port of Tartous will no longer have only a symbolic value; it will become an operational military port.

Another important factor is the growing threat of terrorism. According to Russian estimates, nearly 2,000 extremists have arrived in Syria from Islamic nations in the former USSR, including 1,500 Chechen fighters such as Omar Al-Shishani (aka “the War Minister”) of ISIS and approximately 150 from Russia itself. They make up around 20 percent of all foreign fighters that fight alongside extremist organizations in Syria.

The years 2011 and 2012 were defined by Moscow’s willingness to avenge the “Libyan plot” of the West; the years 2012 and 2013 were defined by Moscow’s rejection of regime change from outside and its preservation of long-term relationships with Russia’s last strongholds in the Middle East. The years 2014 and 2015 were defined by the following factors: growing threat of terrorism, Russia’s aspirations that have become more realistic, and the prolonged confrontation between Russia and the West in Ukraine and resulting economic sanctions by the U.S. and the EU, and the renewed effort to breathe new legitimacy into the Syrian regime through “war against terrorism”. Moscow has thus been making multifaceted efforts to preserve its deep-rooted interests in a regional order that is currently being reborn.

Considering that Iran would rely on Shiite militias throughout the Middle East and potentially become a crucial player in the region’s order, Russia is engaging in a tacit competition with Iran – especially amid talks about the impending creation of an regional and international “contact group” after America’s ratification of the Iran deal next month. Therefore, Moscow is strengthening its traditional relationship with the Syrian regime forces and supplying them with ammunition, weapons, equipment, and experts for the following purposes: to prevent the collapse of government institutions; and to be able to cope with Shiite militias that pursue either an Islamic or a moderate political system. Major Arab states have solicited Putin’s support to let Russia confront Hezbollah, the Iranian influence, and ISIS; meantime, Iran has engaged in “social engineering” since the negotiations over Zabadani (near Damascus) and the towns of Fuaa and Kefraya (in the countryside of Idleb). Is it a mere coincidence that the sectarian negotiations between Zabadani and Fuaa halted altogether upon the arrival of the Russian era in Syria?

No Passion But Interests

Putin has “no passion” toward Assad. Assad feels responsible for pursuing an open-door policy towards the West and Europe in the beginning of his rule, only to take a belated step of visiting Moscow in early 2005 after his attempts at the open-door policy failed. Russian authorities hold Damascus accountable for ignoring requests to extradite or deport leaders of Chechen extremists during the 1990s. An Arab official quoted Putin as saying during a private session not long ago that he “fears” the possibility of the Syrian regime repeating what the Egyptian president Anwar al-Sadat did in the early 1970s by turning his back on the USSR and heading to the West, signing a peace treaty, and “throwing himself to the embrace of the Iranians”. The Arab official added: “Russia defends the principles of international law, rejects ‘social engineering’, and wants to preserve the unity of Syria and her institutions” – which means that Russia is defending its deep-rooted interests and certain individuals. Assad knows this; he also needs Putin as Putin needs him to reinforce Russia’s role in the region.

It is interesting that Putin declared that Assad is ready to “share power with the constructive opposition” and call “early parliamentary elections” while Russia increased its military involvement in the Syrian regime’s territory and its strongholds in Lattakia and Tartous. The importance of this declaration is that it came from Putin, who has invested himself in Syrian affairs since late 2014, and from nobody else in the Russian bureaucracy. In addition, Putin’s modest talk about a political solution came a few days after Assad made a public appearance to deliver a speech and an interview, during which he did not hint at any possible political solution. Damascus refused the Iranian initiative because it stipulated internationally monitored elections, adhered to the “legitimacy of the 2014 presidential and parliamentary elections”, and insisted that there should be “no constitutional vacuum.” The Russian intervention must have followed the Syrian regime’s rebuttal of Putin’s repeated demands to propose “confidence-building measures”, although such demands may have been just a formality.

Putin must be trying to weave together the strings of politics, diplomacy, security, and military affairs. He sees the need to form an international alliance to combat “terrorism” that would replace or at least compete with the U.S.-led alliance in Iraq that slowly encroaches on Syria upon the request of the Iraqi government; this alliance has nearly convinced Britain, France, Australia, Denmark, and the Netherlands to join the coalition raids in Syria. Putin is hinting at the possibility that the Russian forces may engage in a separate war with ISIS inside the Syrian regime’s territories and “cleanse” all local and Islamic factions near Damascus if Washington is not ready to form an international alliance. Putin also wants to curb the idea of establishing a safe zone in northern Syria (the Obama administration has not warmed to the idea from the beginning), to push the Syrian refugees into Europe after the Ukrainian crisis, and to give discreet signals to Arab leaders who visited him in recent weeks.

With regards to the creation of a regional and international coalition, Putin wants the Syrian regime forces he has reinforced to participate in the coalition in order to guarantee Russia’s interests, to give legitimacy to the Syrian regime, and to build upon the landmark deal between Russia and the U.S. in the fall of 2013 to eliminate chemical weapons in Syria. Also, Moscow’s talks about sharing power with the “constructive opposition” and calling “early elections” are intended to pressure the Syrian regime to take further political steps (that do not include “social engineering”) to facilitate the restoration of its legitimacy. Without doubts, meetings with the opposition, and the four working committees and the brainstorming process that de Mistura suggested would lead to a “Geneva III conference” that would become an important platform to restore the regime’s lost legitimacy.

Putin’s military is hunkering down in Lattakia, a regime stronghold, to enhance his negotiating position in order to implement the Russian “miracle” and rebuff the “social engineering” attempted by Iran and some allies of the opposition. The Russian foreign minister Sergei Lavrov has already warned Syrians to “raise the ceiling of the negotiations” with the U.N. by saying: “You should not forget that Syria is just a small pawn in Russia’s global games.” In response, Assad spoke at a meeting with party leaders a few days ago about a “national unity government” in the coming months, assuring them that the Russian military support was a strategic decision and will not lead to a complete military takeover.

There is no doubt that Putin has bold ambitions he wants to realize, in Syria and by using Syria, during the final year of the Obama administration … for Russia to become a key to the solution created by itself and not by Iran, if a “contact group” is indeed formed.

This article is translated and edited by The Syrian Observer