Moscow and Tehran are about to approach a crossroad in their Syria policies, for both have different priorities that will be hard to reconcile 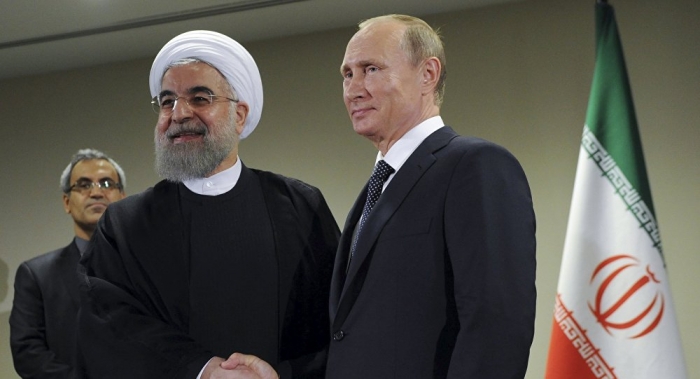 Over the past four years, Russia and Iran have shared striking parallels in their agendas towards Syria. Both have actively prevented the possibility of regime change, thwarted the progress of the armed opposition, stopped Syria from moving from one regional-international axis to another, prevented the rise of a united and rational opposition, and deepened the rift between the political blocs and armed factions.

Moscow and Tehran have also facilitated the flow of terrorists and foreign fighters from Chechnya and other former Soviet countries onto Syrian soil, while turning a blind eye to the proliferation of terrorism and the release of extremists inside Syria in an effort to eclipse and delegitimize any peaceful opposition.

Russia and Iran have divided their roles to reach their goals. Both rushed to snatch the Syrian file out of the hands of the Arab League states and push it into the hands of the United Nations. But it was Moscow who was responsible for the political and diplomatic stonewalling, vetoing any possible UN-backed military intervention in Syria. It was Moscow who prevented the Security Council from officially recognizing the Syrian National Coalition, while helping to keep the Assad regime as the legitimate representative of Syria at all UN institutions. It was Moscow who gave the Syrian government a line of communication with other major countries through the BRICS group (Russia, Brazil, China, India, South Africa). In addition, Russia’s defense industry continued to supply the Assad regime with a continual flow of weapons and ammunition.

Iran, on the other hand, has sent the Assad regime a steady number of military "advisors" and "experts", while importing droves of Shiite fighters from Lebanon, Iraq, Iran, Afghanistan andPakistan. Tehran declared its entry into the Syrian conflict in defense of the ancient Sayyida Zaynab Shrine, an important Shiite holy site in the south of Damascus, but would later expand its mission to include operations over large swathes of Syrian territory.

The regime in Tehran would also come to provide weapons and ammunition, while supervising the formation of Syrian militias. It reorganized the pro-regime Public Committees into the National Defense Forces militias by cloning the Iranian Revolutionary Guard’s Basij Force, all the while forming an alliance between the governments of Iraq, Syria and Lebanon’s Hezbollah. Iran has also pumped up to to 5 billion US dollars in financial aid, as well as oil and food, over to the embattled regime of President Bashar al-Assad.

Whenever the Russian stance seemed to weaken, Tehran pushed to embolden it. With ties between the two nations strengthening, Iranian officials visited Russia a number of times during the presidency of Dmitry Medvedev in 2011 and 2012, and in the autumn of 2013, the clearest example of cooperation was seen in the aftermath of the Ghouta chemical attack.

Moscow and Tehran collaborated to find a solution to the atrocity, pushing the Syrian regime to give up its chemical weapons to avoid the threat of American attack. The White House declared more than once that strikes would be limited and precise, but the two allies were aware of the implications of the US involvement in Syria.

Working together to save the regime from its own stubbornness, Iranian officials insisted on convincing their Syrian counterparts of the importance of “buying time”, while Russian officials encouraged the Syrian regime to be more “flexible”. All political and diplomatic initiatives, as well as Security Council resolutions, were handled from the position of “buying time” – the initiatives of the Arab and foreigner observers, the Geneva statement of June 2012, the Geneva negotiations of 2014, the Security Council resolutions regarding an end to indiscriminate shelling, the delivery of humanitarian aid, the formation of committees to investigate the use of chlorine gas, and the rushing of Security Council resolutions calling for Nusra Front to be placed on the international terrorist list.

But much has changed. Russian warplanes are flying in Syrian skies, lending cover to pro-regime fighters, while plans are underway to form a permanent Russian military base in Lattakia, heralding a new chapter in the mighty Russian-Iranian alliance.

Russian fighter jets cover regime forces along with Hezbollah and Iranian militias fighting on the ground, while Moscow heads the Russian-Iranian-Iraqi-Syrian ‘counter-terrorism’ alliance. In reality, this coalition’s goal is to prevent the failure of regime forces and the advance of opposition fighters, while preventing the formation of proposed ‘safe zones’ in the country’s north and the south. It also aims to capitalize on US President Obama’s final year in office, and his reluctance to act decisively on the Syrian file, as he attempts to navigate his administration away from another Middle Eastern quagmire.

However, in the long term, there is a possibility this marriage of convenience between Russia and Iran in Syria – and the new regional-international axis – will come to an end:

Iran has largely supported Shiite militias and small armies, while replacing the soldiers of the Syrian army with auxiliary forces: it has also delayed the promotions of Syrian army officers in an attempt to weaken the institution. The sophisticated weapons it sent to Syria went exclusively to its own militias, bypassing the Syrian army. Conversely, Russia’s support focused chiefly on the Syrian army, encouraging loyalist militias to fight under the army’s authority. Moscow’s interests lie within the stability of Syrian regime institutions, like the army, the security agencies and ministries, while Tehran attempts to establish a “shadow regime” in its own image.

A key difference in the two country’s policies is in Russia’s support for the Assad government through its economic and service institutions, while Iran establishes its own institutions and foundations, buying itself property and real estate inside Syria.

Damascus’ ties with the former Soviet Union lasted decades, despite the failure of communism’s spread throughout Syria: it was largely an ideal for the elite. Alternatively, Iran had much greater success influencing Syrian society in an effort to change its demography and ideology, constructing new Shiite shrines and expanding older ones, while Syrians took to Iranian religious texts in larger numbers than Russian Soviet literature.

Iran’s rejection of the Geneva statement and its opposition to a transitional governing period resulted in its political alienation, while its negotiators were forced to sit out the Geneva II talks. Tehran believes any political solution would lead to the loss of Syria and with it its “supply route” to Hezbollah. The Iranian regime prefers the division of Syria into regions, with an aim to keep the region between the Mediterranean coast and Damascus. On a national level, Tehran prefers a political system governed by sectarian quotas and criteria, similar to the Lebanese system. This appears clearly in Iran’s four-point initiative for Syria, which included a constitutional amendment guaranteeing the protection of minorities and internationally supervised elections. In short, Iran is looking for: a cease-fire, legitimizing of its militias, and a sectarian quota system.

Russia, one of the countries that sponsored Geneva I, has its own understanding of the transitional governing period: to be under the rule of President Bashar Assad, and should not include the army or any other security agencies.

The latest Russian military intervention aims to control pro-regime areas and strengthen them, protecting minorities and then moving toward reclaiming the rest of the country. Iran's mission was to protect Hezbollah and secure its supply route, protect its shrines and secure access to the Mediterranean, in an attempt to expand its control over the Syrian port city of Tartous, alerting Moscow in the process.

Regionally and internationally, Tehran equates the Syrian file with the Iraqi, Lebanese, Yemeni and Bahraini files; it does not recognize national borders. Iran is looking for a trade: Yemen for Syria. Negotiations are based on the notion that Iran represents the Shiite interests, while other regional and Arabic countries represent the Sunni population. It desires sectarian conflict and despises Egypt’s role in the crisis. Following the success of its recent nuclear negotiations, Tehran is looking to succeed the US as regional powerhouse, and is taking the steps to do so.

Moscow sees its military intervention in Syria in relation to its international issues as a whole: Ukraine, the international sanctions against Russia, the international isolation of President Vladimir Putin, Russia’s economic problems amid plummeting oil prices. The intervention also helped to transform the civil crisis into a regional and political conflict, it hopes it does not mutate into an inter-faith struggle or an anti-occupation resistance. The conflict has become focused around state interests, not sectarian interests, because the interests of countries are greater than its people.

Despite all indications, Russia’s intervention was the surprise that Iranian Quds Force commander Qasem Soleimani was preparing for, Moscow and Tehran are about to approach a crossroad in their Syria policies, for both have different priorities that will be hard reconcile – Russia’s interests lie in institutions; Iran’s in people. Theirs is a marriage of convenience that will not last long.