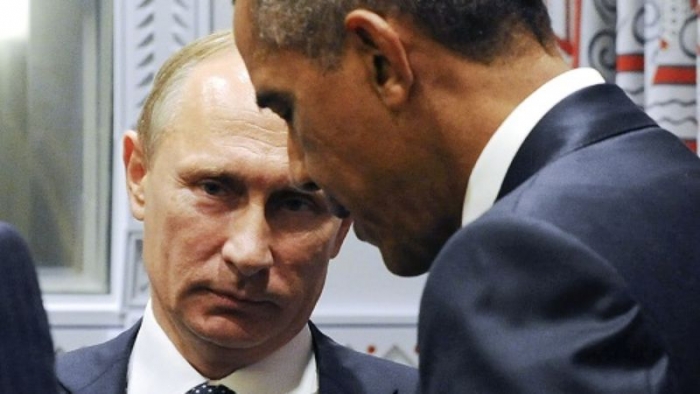 President Vladimir Putin’s team has been working on studying a draft agreement presented by President Barack Obama to establish a “military partnership” which includes the Russian and American armies fighting the Nusra Front and isolating it from the moderate factions in exchange for Moscow’s pressure on the Syrian regime to stop targeting Western-backed factions and establishing “bombardment-free areas.” All this is in hopes of building this pivotal agreement into the two parties searching for a political transition in Syria in the coming period in conjunction with diplomatic changes between Moscow, Ankara and Tehran in preparation to negotiate for a political settlement.

The Russian proposal, according to a high-level Western official, has created a sharp division within the Obama administration, as Brett McGurk, the American president’s envoy to the international coalition against ISIS, expressed approval and enthusiasm for the plan as it would ease his mission in fighting ISIS and focusing the Arab-Kurdish coalition’s efforts on achieving this purpose. Meanwhile US Secretary of State John Kerry linked military cooperation to Moscow pledging to agree to work seriously to achieve a political transition in Syria. For his part, Secretary of Defense Ashton Carter expressed his opposition to any military cooperation with the Russian army for a number of reasons, first of them being that any cooperation between the two armies requires legal agreement and approval from American Congress and a public discussion, it would also suggest a partnership between the Russian army and NATO, who have arenas of confrontation between them in other parts of the world.

During the American administration’s discussion phase of the Russian proposal, a series of developments occurred. NATO sent AWACS reconnaissance planes to participate in patrols in northern Syria near the Turkish border, and the American Navy sent a military unit to the Mediterranean Sea and contributed to bombardment of ISIS positions and supporting the Kurdish-Arab Syrian Democratic Forces in Syria’s north and northwest.

Moscow met this with “provocative” military operations, in which Russian ships approached the American military units in the Mediterranean more than once. The most dangerous incident occurred near the Tanaf area on the Syrian-Iraqi border, where America, Britain and Western countries have trained a new faction called the “New Syrian Army” in Jordan to fight ISIS, and gave them artillery cover from Jordan along with international coalition warplanes led by America. When this faction started its battle near Tanaf two weeks ago, Russian bombers struck their positions. According to the official, American warplanes arrived in the skies above the battle and intercepted the Russian aircrafts. When the American warplanes went to refuel, the Russian bombers carried out a new wave of raids on the faction without knowing whether there were American or Western advisers among the group. This is believed to be one of the reasons the battle was stopped in these areas.

It is known that American and Russian officers in Geneva and Amman exchange intelligence information and the daily program of flights under the “rules of engagement” to prevent any confrontations occurring between the two sides’ planes. But this incident sparked the anger of the US Secretary of Defense, which the Russians responded to by stressing the importance of “military cooperation” to prevent incidents like this reoccurring.

After weeks of analysis and hard negotiations among American institutions, everyone acquiesced to the wishes of President Obama, and Washington sent a draft agreement to Moscow last week serving as a development of the “cessation of hostile activities” and provides for cooperation between the two armies in confronting the Nusra Front and trading some intelligence information about the areas where it is located, in exchange for Moscow’s pressure on Damascus to stop bombarding opposition areas and launching major assault operations to take control of Aleppo, and establishing “bombardment-free areas.”

Carter acquiesced to Obama’s wishes in a “military partnership” with Russia in Syria, but without giving detailed maps or coordinates of the Western-backed “moderate factions,” out of fear Russian warplanes will then proceed to bomb them. McGurk hopes that this will speed up the battle to take control of Manbij east of Aleppo and deliver it to a local Arab council before the Kurdish-led Syrian Democratic Forces advance on Raqqa to retake it from ISIS, in conjunction with the advance of the New Syrian Army from Tanaf on the Iraqi border after isolating the group from its supply lines.

The Russians are still studying the American proposal. If agreed, it will be a turning point in the Syrian issue, as it will open the road to expediting the convention of the ministerial conference of the International Syria Support Group on the 27 and 28 of the month to approve the agreement and a comprehensive truce, and to make progress in the issue of humanitarian aid and the political vision the opposition is working on formulating in hopes of resuming the Geneva talks to search for a political transition.

The official hopes that the rapprochement between Moscow and Ankara, the large changes in the Turkish Foreign Ministry, and the transfer of officials on the Syrian file to diplomatic missions in several capitals — including Undersecretary to the Foreign Ministry Feridun Sinirlioğlu as envoy to the United Nations — will lead to the beginning of a realistic approach to looking for a political transition on the basis of “political allotment” in Syria, in conjunction with Tehran sending indications of a desire to achieve a ceasefire and look for a political solution and carry out changes in the Foreign Ministry, including clearing out the Deputy Foreign Minister Hossein Amir-Abdollahian, who is affiliated with the Revolutionary Guard. According to the official, the coming 10 days will be decisive in defining the direction that the Syrian crisis will take, between searching for a solution or waiting for the new American administration.

The Turkish Prime Minister Binali Yildirim said the day before yesterday that there was a possibility of resolving what was happening in Syria but it requires that everyone gives the “necessary sacrifices.”