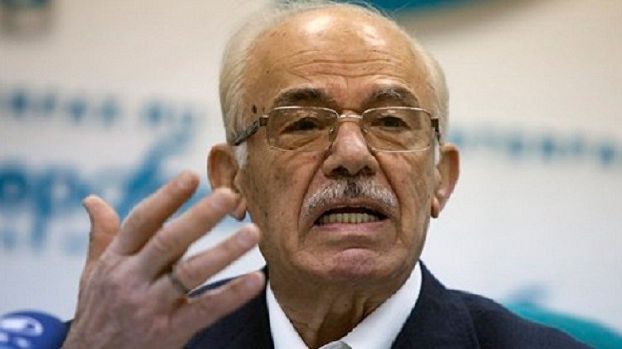 Damascus has rejected a proposal from Moscow to host a broad conference for the Syrian opposition with “Russia’s guarantees” aiming to form an expanded opposition coalition. However, they facilitated holding another meeting next Friday and Saturday for opposition and civilian figures to pave the way for a national conference which would open the door to Arab countries, including Kuwait and Oman, to host a summit to form a national opposition coalition to negotiate with the Assad government on steps for a political transition.

The general coordinator for the National Coordination Committee (NCC) Hassan Abdulazim told Al-Hayat that: “Faced with the blockage on the political horizon until the new American administration arrives, we found it necessary to work toward completing efforts to unify the opposition and the Cairo conference and sort the opposition between the real opposition who want a political transition and move from dictatorship to democracy and the opposition who are loyal to the regime who want changes like forming an expanded government,” which means sorting between those who accept the regime’s opening and those who want to change the regime, whereby the opening advocates do not participate in the first conference while waiting for their participation in the broadened national conference subsequently with the aim of forming a transitional body ahead of presidential and parliamentary elections.

Abdulazim added that the aim was to arrive at “a political transition which excludes no party or individual except those who have carried out war crimes, in order to achieve a democratic nation which is not monopolized by one party or president or individual, but is rather a pluralistic republican parliamentary system or presidential parliamentary” in addition to adopting a decentralized system for administration whereby the provincial council and the governor are chosen in transparent elections which give local groups a chance to define their priorities and spend their income on local development.

The NCC, Syria’s internal opposition, presented this proposal to the Russian ambassador Alexander Kenshak to offer “Russian political and security guarantees” for the Syrian capital hosting a conference comprising opposition coalition forces including the Moscow and Cairo platforms and the Cordoba group from the Tayyar al-Ghad (Tomorrow Movement) to Damascus with the coordination remaining with the opposition Syrian National Coalition, which includes the NCC within the opposition High Negotiations Committee that emerged from the Riyadh conference at the end of last year. The NCC bet on a repeat of the opposition conference in Damascus in September 2012, which was held with Russian and Chinese and Iranian guarantees. After Kenshak visited Moscow and met with foreign affairs officials, a high-ranking envoy in the embassy in Damascus informed the NCC that the Syrian authorities had not accepted this conference with Russian guarantees. He said that this was connected to “the preparations.”

Here, two paths open: First, the NCC completes its efforts to hold a broad conference for the opposition through forming a preparatory committee and presenting a policy document to be agreed upon with the other opposition forces about holding a broad conference, as Kuwait and Oman have offered to host. The secretary of the People’s Will Party and member of the Popular Front for Change and Liberation, Qadri Jamil, told Al-Hayat that he was “not against the principle of holding the conference, but the attendees and documents and place and time of the conference must be agreed to complete the Geneva track and implement Resolution 2254.” Jamal Suleiman, leader in the Cairo platform, meanwhile said that no one had spoken to him about this conference.

The second path, is holding a conference of licensed parties to pave the way to a national conference in Damascus on Friday and Saturday. It is expected that about 40 social and civilian figures from various Syrian provinces will participate under the title, “Strategic Options for Syrians,” addressing “identity, belonging, the form of the state, the government, reconciliations and peace-building.” According to one of the invitees, the meeting aims to find “strategic solutions with a different logic from the bickering of the opposition and loyalists.”

Moscow is monitoring these activities including the possibility of inviting defected officers and local leaders to the military base in Hemeimeem in Lattakia to test the possibility of putting forward a political process after backing regime forces and helping them achieve control over Damascus and Aleppo and isolating Idleb. Opposition members warn that the efforts aim to produce an opposition body as an alternative to the High Negotiations Committee in preparation for the government to negotiate in Geneva with a lower political roof without the “transitional authority," at the same time as the international envoy Staffan de Mistura intends to invite representatives of the opposition groups to Geneva to keep the political process moving and test out the idea of “dissolving” the president’s powers and giving some of them to the government and local administrations.