Does the fall of the ISIS-held town of Dabiq to Western-backed forces signal the end of the radical Islamist group, and could its legacy live on following its possible demise? 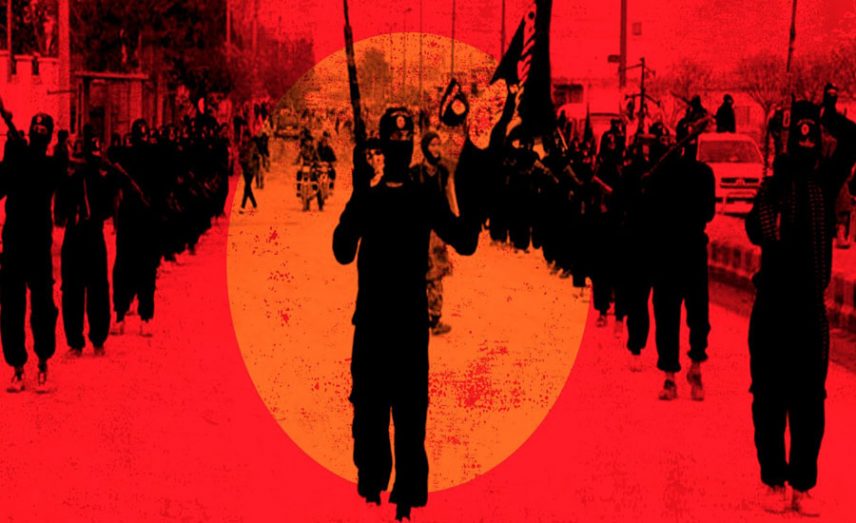 The recent recapture of Dabiq in the northern Aleppo countryside from the Islamic State group had major moral value, not least because of its symbolic important to the Islamist jihadi movement.

This small village, which lies about 35 kilometers to the northeast of the city of Aleppo, and no more than 15 kilometers from the Turkish border, is known for the famous battle which took place nearby in 1516 between the Ottomans – under the command of Sultan Selim – and the Mamelukes – under the command of Qansuh al-Ghawri. The battle was the prelude to the opening up of the Levant, and Egypt a year later, when the emerging Ottoman Empire ended Mameluke control over these areas. To the Turks, Dabiq is important for its symbolism, which dates back 500 years, as a gateway to Syria.

For ISIS, its planned direction of conquest — when it captured the village over two years ago — was not toward the north ("Rome," or the West) but toward Syria’s southern interior. Today, at the moment of abandoning Dabiq, it also abandons its belief that the village will be the site of a great showdown with “Rome” before culminating in the end of the world.

The operations to retake ISIS-held cities and towns in both Syria and Iraq came within a tight timeframe. The battle for Mosul started about a month afterward with the participation of Iraqi forces, many of them Shiite militias, and including the regular army alongside Kurdish peshmerga forces, with the heavy air support of the U.S.-led international coalition. Meanwhile, the issue in Syria was confined to the Kurdish PYD forces first supported by the international coalition and especially American forces, and then the Free Syrian Army supported by Turkish forces. Effectively, the FSA forces, up to today, have been able to liberate about 1,500 square kilometers from ISIS control, which has also lost some of its positions in Iraq. The important question is whether these military victories will be the beginning of the end for the “caliphate state” or whether it will be the beginning of greater problems, not least of which is sectarian warfare and the breakup of the country into small, rival, fighting units.

Before trying to answer this question, we must think about the reasons for the rise of this organization and its rapid spread across Syria and Iraq, as well as its removal of the border they shared since the start of the 20th century (from the moment the Ottoman caliphate was defeated and the European occupation of the region began).

Both countries are currently ruled by sectarian regimes. Syria has, for more than 50 years, been under sectarian governance that is discriminatory toward the Sunni majority and coercive toward society as a whole. Similarly, the successive Iraqi governments which were formed after the U.S. occupation have been sectarian in orientation and under the national and ideological influence of Iran, and have practiced a repressive policy toward the Sunnis ­– who comprise about half the population and have been subjected to oppression, persecution, marginalization and arrest, as well as being deprived of access to most of their rights to the point of exclusion. This policy constitutes as one of the main reasons for the emergence of ISIS and its continuation, as a “natural” and violent reaction from the Sunni elements of society to these practices. The ISIS takeover of Mosul was an important testimony to that, as the people in this majority-Sunni city chose to side with the organization — despite the dangers — as a means of ridding themselves of the oppression of then-President Nouri al-Maliki’s government and his militias.

The issue is similar in Syria, after the barbaric Russian bombardment and the practices of Shiite sectarian militias under the direct command of the Iranian Revolutionary Guard and the command and oversight of the Wilayat al-Faqih (the Shiite political doctrine) — which did not provide a way to destroy the Syrians who marched against President Bashar al-Assad’s tyranny to demand their rights. Over the last five years, hundreds of thousands have died and millions have been displaced, while about half the country’s infrastructure has been destroyed – all of which has been concentrated in Sunni majority areas.

Fighting ISIS is one of the main goals for Syrian revolutionaries, but in this they have been forced to join regime forces and sectarian militias which they consider the primary source of all their problems – including terrorism. And they are right — it will not help end extremism.

The international dealings and the alliances which emerge from them may be able to inflict a defeat on the “caliphate state” as a whole or in part, gradually. But it has not led to thinking first about the reasons which led to ISIS' appearance and expansion, and then working to address these issues and to work honestly on getting rid of repressive regimes and empowering the residents as a whole, helping them to decide a destiny that includes their rights to participate in administering the country and holding to account those who were involved in repression and killing. And so the defeat of ISIS will be temporary, and if it is defeated it will return again in another form — it is a syndrome of local tyranny and its international backers.