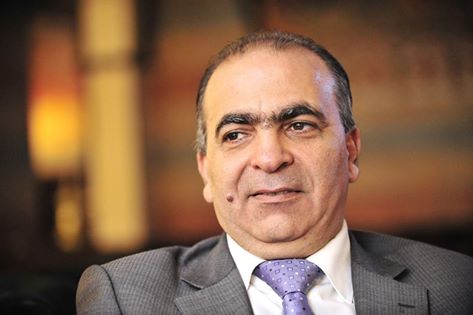 Both Turkey and Russia are hurrying to hold the Astana meeting despite the failure of the ceasefire both countries had guaranteed.

The truce agreement did not for a single moment stop Russian air strikes, Assad’s barrel bombs, and the brutalities of Iran’s mercenaries in various Syrian regions, which should have been included in the ceasefire. The Barada valley has witnessed daily massacres by Assad’s barrel bombs and continuous attempts to storm the area by Lebanese (Hezbollah) mercenaries. The cities and villages of Daraa have lost dozens of their residents as a result of continuous bombardment by Iran’s militias, while Russian air strikes have continued on the Aleppo and Idleb countryside. Meanwhile, the air strikes and attempts to advance by the Iranian Revolutionary Guard and Iran’s Iraqi militias in the eastern Ghouta have contributed to displacing thousands of residents from Hazrama, Al-Nashabiyah, and Al-Merj.

Many political analysts understand the positions of Turkey and Russia and their rush to achieve a solution suitable to their renewed alliance before the arrival of the new American administration. However, what is truly difficult to understand is the positions of the Syrian political and military institutions. Although the political and military bodies of this opposition are completely separate, with no coordination between them, with each military or political faction usually unique in its positions in coordination with its direct funding, none of these factions and institutions have dared criticize the Turkish-Russian alliance against us and have not raised their voices sufficiently after all the breaches and massacres, which have been carried out by Russia and Iran, partners with Turkey in the Moscow agreement, despite the truce deal.

The (opposition) High Negotiations Committee has blessed the Astana meetings despite not being invited to it, while some members of the coalition have rushed to reserve seats for themselves, even just as experts. Both Jaish al-Islam (Army of Islam) and the Fastaqim Union, as well as some other factions, have agreed to name representatives to Astana despite the massacres in both the Ghouta, which Jaish al-Islam controls, and the Barada valley and the Idleb and Aleppo countrysides, in which the other groups operate.

The problem is not in the acceptance of the idea of negotiations and a political solution alone. On the contrary, negotiations must happen and a political solution is the best solution. The problem is in the Russians and Iranians rushing to decide matters militarily under the name of a truce and political solution, and in the Turks rushing to drag its allied political and military groups to Astana in spite of themselves because it serves the interests of the new alliance between Putin and Erdogan. The biggest problem is in the lack of independent Syrian decision-making able to give weight to Syrian interests above Turkey’s interests in achieving their deals with both Russia and Iran.

If we have to give advice to our brothers participating in the Astana talks, it is the following:

Do not surrender all your cards to Russia, which is the ally of Iran and the regime, in service to Turkish national interests with both countries.

Do not rush to go to Astana while Iran and its militias are helping Russia in an attempt to impose a military solution on the ground and drag you to agree to it. Two or three weeks of waiting will not change a lot on the ground because the battle has not stopped — even if this is followed by a cutback in the financial support you receive.

Wait until the new American administration’s position toward Syria has become clear, because the American position will be accompanied by the European and strongest Arab positions toward your issues if this position does not accord with the Iranian-Russian plan, and it will not change the conditions of surrender which the Russians, Turks and Iranians will impose on you if it is not like that.

Merely going will not stop the war, just as it has not been stopped by your agreement to the truce and the fraudulent Russian and Turkish guarantees which they gave you.

The political solution is necessary to transition to a modern state with the aim being a neutral constitution free from the tyranny of the military mafias or religious oppressors. This is what should be announced to everyone and worked toward achieving. It also requires Arab and international support — Turkey and its new alliance will not compensate you.