Led by the United States, an international consensus has finally formed that the rule of the Assad family has reached its end, but Syrians must understand that the battle is not yet over, writes Walid al-Bunni for All4Syria 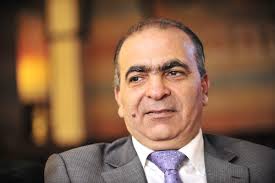 U.S. Secretary of State Rex Tillerson says that the reign of the Assad family has reached its end and that he must leave in an orderly fashion. We have heard many statements from the Americans, whether in the age of the Obama administration or in the age of this administration, beginning with the loss of legitimacy up through the false red lines that ended after a few days. However, Tillerson’s statement is the most credible and convincing yet, and I hope his remarks are sincere and that they reflect the true desire of his administration after the Khan Sheikhoun massacre and the change in Trump’s thinking toward Syria.

The acknowledgement that the rule of the Assad mafia can no longer continue after all the crimes and massacres it has carried out does not come as an emotional affirmation resulting only from the massacre in Khan Sheikhoun and the images of children suffocating before the cameras (images which were important in proving the need to end that rule of this family and the disasters which are still befalling Syrians), but as affirmation of the reality put forward by many Western thinkers and politicians that eliminating the Islamic State (ISIS), Al-Qaeda, the Nusra Front and takfiri thought in the region requires ending the rule of these criminals over the destiny of the region’s people.

Yes, I believe that an international conviction has formed today that the rule of the Assad family has reached its end, something confirmed by most Western newspapers and analyses, especially after the Khan Sheikhoun massacre returned to the fore the images of the Ghouta massacre before it and the images of thousands of Assad’s prisoners tortured to death. Therefore, we, as an oppressed people, must understand this fact and take joy in it. However, at the same time, we must not become weak, because the international conviction that the Assad family rule must come to an end does not at all mean that it is over — rather, we must try to understand what Tillerson means when he says that his departure must be orderly (the vast majority of Arab and Western decision-makers and public opinion agree with him on this).

The orderly departure of the Assad family means that this departure is not imminent, but requires many preparations before reaching implementation on the actual ground. The aim of these preparations is to avoid a state with the geopolitical importance of Syria falling into the hands of openly takfiri groups such as ISIS or Nusra or those invisible ones who may make themselves known immediately after the fall of the tyrant. Many of the decision-makers and public in Europe and the United States do not believe that a religious state in Syria could possibly lead to stability in the region and that such a state would encourage Arab-international cooperation to rebuild what was destroyed by the war over the last six years. These preparations must also prevent Syria in any way from falling under the hegemony of Iran and its sectarian militias in the region.

The speed of ending these necessary preparations to carry out the orderly departure of the mafia of Assad and his family from Syria depends largely on the understanding of the vast majority of Syrians, regardless of their stance toward the revolution and the negative developments caused by the control of political Islam.

Syrians supportive of the revolution must isolate takfiri groups and clearly announce their rejection of a religious state and work to send a clear message to neighbors and to the world that the future Syria will be a modern state with a neutral constitution without military rule and without discrimination among Syrians on the basis of religion, sect or ethnicity. The fall of the regime and its departure will be followed by reconciliations so that Syrian society can be reunited and ready to begin its own reconstruction, as well as secure a better life for the coming generations.

In contrast, the Syrians who are apprehensive about the achievement of the revolution must send a clear message to Iran, its sectarian militias and Russia that they reject their country falling under their domination and that they will work with all other citizens so that Syria becomes a modern state with a natural constitution without the military in power and free of discrimination among Syrian on the basis of religion, sect or ethnicity, and that they will participate with the rest of Syrians, hand-in-hand, in rebuilding their country and securing a better life for the coming generation.

This Syrian social effort and this awareness of the political variables is what will bring an end to the spiral of death that has befallen us daily for six years. It will help those who want to achieve our joint interest of ending the threat of terrorism and freedom from the yoke of tyranny and its crimes, as well as staying out of the clutches of darkness and bloodshed.