The Assad regime is scrambling to receive assurances from allies and make sense of U.S. policy after the Trump administration's surprise strike on a Syrian air base. But Damascus is failing to see that rules of the game have already changed, Yahya Al-Aridi writes for opposition outlet All4Syria 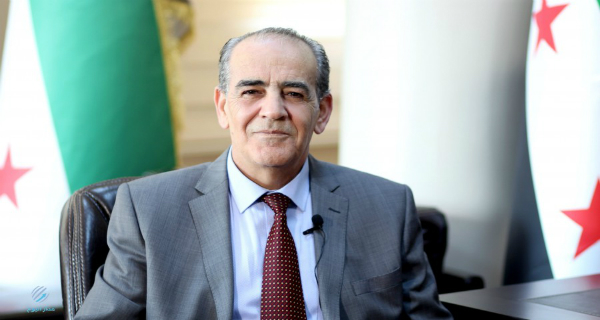 “The Russians told us that there will be no new American strike on Syria” — a statement by the political and media adviser to the Assad regime, Bouthaina Shaaban, following her recent visit alongside Foreign Minister Walid al-Muallem to Moscow after the latest chemical attack and the United States' reaction. This comment reflects panic about any changes to the rules of the game. The adviser is reassuring the regime’s public that immunity still exists and that the rule “no targeting the Assad regime, not Syria” is still in effect.

Yet Shaaban must still be worried. The first thing that was withdrawn from circulation — and quickly — was the Russian-Iranian-Assad statement that these three would respond to any new American strike. We do not know if the adviser has been able to justify the Russians' failure to repel the American strike, because the Russian force in Syria is not there to protect the regime but to protect the Russian bases in Syria. U.S. Secretary of State Rex Tillerson presented an eight-point American plan to the provider and protector of Syria, Mr. Vladimir Putin, calling on Russia to lift the cover it provides for the criminal regime in exchange for gains and enticements that Shaaban and Iran’s Khamenei are unable to match.

Before the latest chemical and Tomahawk missile attacks, the question of Syrian President Bashar al-Assad stepping down had been off the table in attempts to achieve any political solution to the Syrian issue. After it, the rule — which Shaaban is eager to flee from as if fleeing from death — has become “no settlement as long as her master remains."

In the new rules of the game played over the blood of Syrians, Putin sits between a role as mediator working to reach a peaceful solution and end the crisis — in harmony with his statements and the statements of his foreign minister — and a role of an occupier trying to protect an evil, criminal regime – militarily, through killing and bombardment, and politically, through defending the killer in the United Nations Security Council. The United States, Europe and the region have dealt with the Russians according to their choice.

The last thing that should worry Shaaban is whether Trump will strike her regime once again. The real, even decisive and fateful, worry is that it is “game over.” It appears that, with regards to Trump, there is an overlap between the personal motive, on one hand, and the objective view, on the other, and the subjective position must be escaped from in order to draw the outlines of the “objective” political stance. The man is in need of making achievements in his first 100 days of presidency, which cannot only be filled with setbacks. The Damascus gang had the misfortune that their horrifying behavior of using chemical weapons occurred within these 100 days. The non-political personal momentum for Trump was added to the political and strategic momentum for those around him in the defense and foreign policy circles, crystallizing this policy that's incompleteness Russian Foreign Minister Sergey Lavrov complains about. But in the Lavrov-Tillerson meeting the Russian was shocked at the policy's completeness and the warning given in eight points to teach him not to manage his orders in Syria based not on the reassurances of Shaaban.

Trump will not return to strike the Assad organization — as Shaaban assures us — but will systematically pull up the roots, and this will be part of the completion and crystallization of American policy.