In the wake of the CCP's National Congress, President Assad's political advisor comments on the inevitable rise of China at the expense of the West 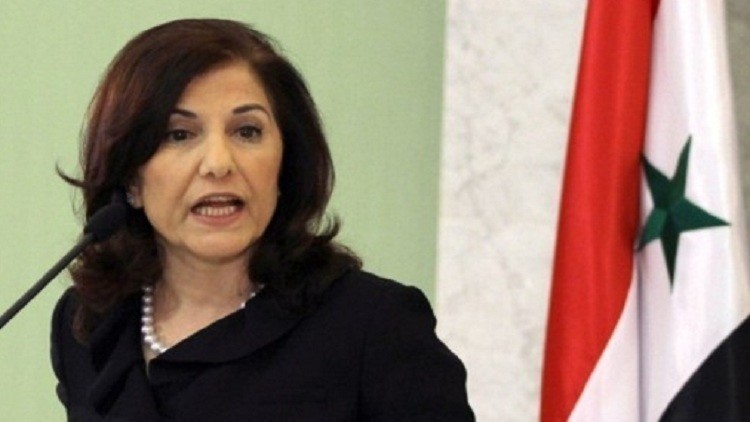 The Arab media did not pause at the most important event in recent days, because the Western media and its affiliates were not interested in highlighting it. This was the Chinese Communist Party’s issuances of decisions and strategies which developed the vision for the future of China until the year 2035, and then a further vision to 2050. In order to illuminate this important event, we should make it clear that this vision was the result of dialogues and discussions from the party’s base to its top, which lasted more than a year, and drew for China a new horizon, economically, politically, and socially, by putting forward a bold and firm vision for the country’s future, and heralding the dawn of a new age of Chinese prosperity and power.

China will present its vision of change in the world through its new “Silk Road” (the One Belt One Road Initiative), which is a path for global trade which passes through 60 countries in Asia and Europe, and will change the relationships between these countries and their economic situation. The Chinese president, Xi Jinping, did not forget to note that his country would be a force of peace and security in the world, acknowledging the sovereignty of nations with no desire to interfere in their internal affairs. However, all the United States saw in this important event was that China will become its biggest competitor by 2025, as noted by Chairman of the Joint Chiefs of Staff General Joseph Dunford. While U.S. Secretary of State Rex Tillerson said that America would not hesitate to address what he called instances of China undermining sovereignty of neighboring countries and its harm to America and its friends.

I believe that the damage to the United States results first and foremost from its own imperialist nature and its arbitrary policies which display an obvious confusion in current American policy, first and foremost, in stealing the riches of peoples and using threats, intimidation, sanctions, war, and terrorism against the countries of the world — except Israel — including sovereign states which have never shown hostility toward Washington. At a time when we see a clear vision of a capable state which understands its position in the world, and is keen to ensure its credibility, and to accumulate the elements of its power, as China is doing, we also notice, on the other side, the United States issuing harsh sanctions here, and supporting terrorism in preventing communication between two neighboring Arab countries, and supporting a class of mercenaries whom it is complicit with to seize gas and oil resources, while accusing all who do not follow it and the Zionist entity (Israel) — a policy carried out through its purchase of agents here and punishing the disobedient there.

Because of the West’s monopoly over most global media, the world is still dealing with the new and beneficial model offered by China. The West’s colonial legacy still dazzles many, and leads them to search for points of strength in the Western powers, even though it has become clear that we are witnessing today a true fall of these powers, and a collapse in their moral commitments, and its honesty with itself and with others. If the United States was the one planning dazzling strategies extending midway into the next century, we would find the Western media promoting the strength and greatness and intellect represented by America, while praising its leadership of the world, and devoting programs and articles and discussions to discovering the secrets of this strength. But the important event in China, which envisioned a future world very different from the world which we see today, did not enjoy any of the interest it deserved. This must be a result of the dazzlement and the mentality of dependency which makes it impossible for the media rid itself of this political and psychological legacy.

Some observers have predicted a future inevitable confrontation between China and the United States, but I personally do not see any real data indicating that this is coming at all, because the disintegration of power in the United States and Europe will happen on their own, while China, which is adopting its role as a brick in a diverse world, with understanding and respect and a cooperative view, will ascend to the throne of the future and will offer a new model for the great power, which is not governed by weapons, finance and oil companies alone, but focuses on promoting international equity and justice, and opposes any actions which aim to impose the will of one over the other, or to intervene in the internal affairs of states, and the use of power to oppress the weak.

President Xi said that whatever China’s power reaches, it will never strive for domination or expansion, and nodded to the retreat of U.S. leadership, saying: “No country alone can address the many challenges facing mankind, and no country can afford to retreat into self isolation.”

China’s strategy has focused on respecting the other and the real belief in human unity. No doubt that this moral strategy will defeat the Western imperialist strategies which are based on the principles of intervention, the theft of people’s resources, oppressing weak countries with force, supporting terrorism in order to achieve political aims, and using the veto power to prevent the people of Palestine from establishing their country — and the list goes on.