Hussein Arnous was appointed Prime Minister in 2020, but has had a long career in the Assad regimes, aiding corruption and providing unwavering support. 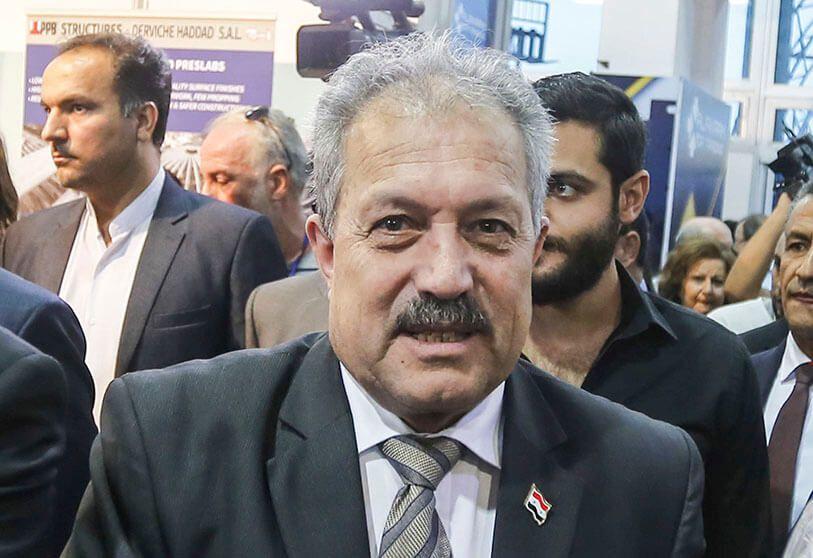 Many Syrians were surprised when Bashar al-Assad appointed Hussein Arnous as prime minister after the dismissal of Imad Khamis, in what resembled a scandal, on Aug. 30, 2020. The Syrians knew nothing about Arnous, despite him being part of the Syrian bureaucratic system for nearly thirty years. People close to him say that he lacks personality and is unable to take decisions.

Hussein Arnous was born in al-Teh village, Maarat al-Nu’man, in the Idleb countryside, in 1953. He graduated from the Faculty of Civil Engineering at University of Aleppo in 1978.

He has a long history of political work with the Assad regimes of both Hafez and Bashar, and has assumed leadership positions in Assad institutions since the ‘80s. Arnous held several positions in the government of the Syrian regime, starting with heading the Idleb branch of the Syrian Engineers Syndicate between (1989-1994), then taking over the management of the General Company for Roads and Bridges (1992-2002).

In 2004, Arnous was appointed Director General of the General Organization for Road Transport, until 2009.

Bashar al-Assad appointed him Governor of Deir ez-Zor in 2009, a position he kept until 2011, when he was appointed Governor of Quneitra, until 2013.

Hussein Arnous was not known to have participated directly in the suppression of the Syrian revolution, but some believe he is flirting with the pro-Iran leaders of the Shiite community, to please Iran and of having close ties to Tehran. He was the first prime minister from the Idleb during the era of the two Assads, father and son.

Arnous’ absolute and continuous support for Bashar al-Assad and the narrow circle around him played a role in enhancing Assad’s ability to kill more Syrians. That is why Arnous was affected by the US and European sanctions imposed on the regime’s ministers in 2014, in addition to a travel ban imposed on him.

Role in the Syrian Government

If you examine the track record of Hussein Arnous, will not stumble upon any achievement, in any of the positions he held from 1989 until today.

However, what is remarkable in Arnous’ biography, is the large number of positions, which he started assuming early on in his life — eight positions in 30 years, half or more of which he spent in public institutions related to roads. He graduated from Director of the General Company for Roads and Bridges (1992-2002) to Assistant to the Minister of Transportation (2002-2004), and finally Director General of the Public Establishment of Roads Communications (2004-2009).

Even when he took over the Ministry of Public Works and Housing (2013-2018), he did not break out of the roads, sidewalks, and bridges bubble. Arnous used to work in a high-stakes sector, but we must not overlook that the latter was controlled by big contractors such as Dhu al-Himma Shalish, Riad Issa Shalish, Tamim Badr, and other corrupt people under the rule of Hafez and Bashar al-Assad, who, through Arnous, made handsome amounts of money, as well as the money they stole from the Syrian people and the treasury.

Some Syrian analysts point to who the godfathers of Arnous were, and who kept him in positions of power without interruption from 1989 until today, a privilege that none of the current faces in the regime enjoyed, including those in military leadership positions. The analysts add that Arnous was a tool that the corrupt used for thirty years, through which they were able to steal the country’s resources, while he remained untouchable.

Arnous played a major role in sowing corruption in the Establishment of Roads Communications, and when a journalist requested information from the Ministry of Transport, the head of the minister’s press office warned him against pursuing the issue.

Therefore, few people have insight into the corruption of the sector or the amount of money that was stolen, which economists estimate to be tens of billions of Syrian pounds preceding 2011, most of which was pocketed by Dhul-Himma Shalish and Riad Shalish, who were also stealing raw materials from the army, executing government projects in a mediocre way, and charging huge sums for their services.

The same analysts believe that the secret behind Arnous’ continuous rise to the top is his ability to keep the secrets of the corrupt, and most importantly, the fact that he is not greedy, for he is satisfied with very little, which could be merely a position, according to those close to him.