After being under the control of various different groups, the police station in Deir ez-Zor has been reopened by the regime writes SY 24. 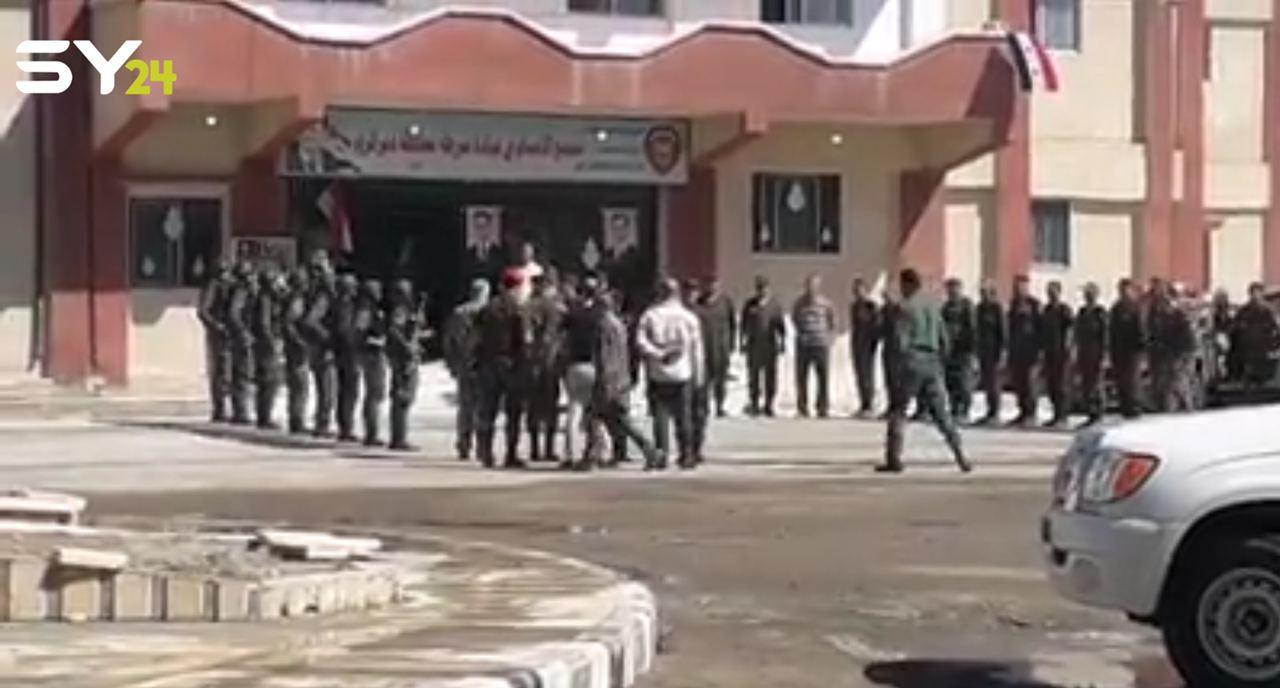 SY-24 obtained information and pictures showing that the Syrian regime has reopened the police station in the city of Deir ez-Zor. The station had been out of operation for many years, during which the parties to the conflict in Syria took turns controlling it. When the Islamic State (ISIS) relinquished control of it, the regime’s army and Iranian militias took control of it in 2018.

SY-24’s correspondent said, “The Ministry of Interior of the Syrian regime has restored and rehabilitated the police building near al-Hal Market in the city of Deir ez-Zor and reopened it on Thursday, in the presence of regime officials and figures close to the Iranian militia,” noting that, “the building exhibits evidence of the former control of the Free Syrian Army over the city, which was under intense bombardment by the Syrian regime at one point in time.”

The correspondent emphasized that, “among the figures who attended the opening were Abdul-Majeed al-Kawakibi, Governor of Deir ez-Zor, the commander of the police in the province, in addition to Raed al-Ghadban, who was appointed a few months ago as Branch Secretary of the Baath Party in Deir ez-Zor, at the direct request of the Air Force Intelligence branch, one of Iran’s most prominent arms in the governorate. Ghadban was previously commander of the al-Jafra militia and was in charge of protecting Deir ez-Zor’s military airport.

The regime decided to convert the police station, located in the western part of Deir ez-Zor, into a complex for police departments in the governorate.