At least five Syrian soldiers and 11 allied fighters were killed in Israeli air raids in eastern Syria, according to a Britain-based war monitor writes Al-Araby Al-Jadeed. 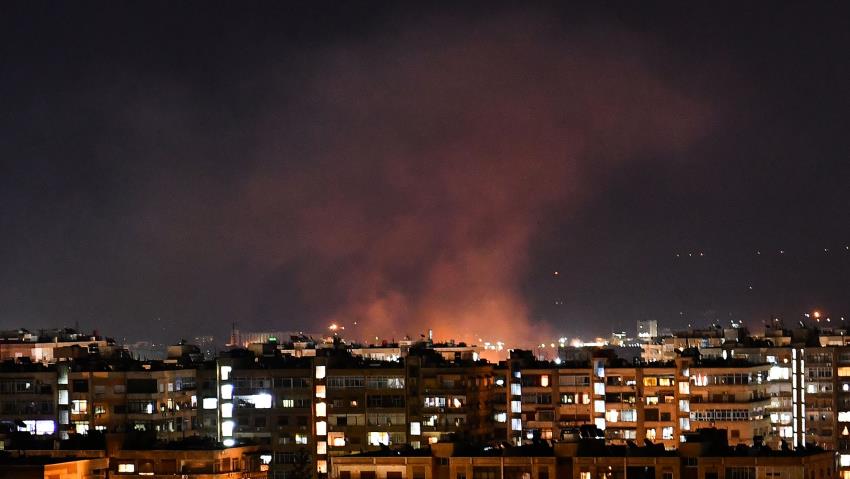 The Israeli air force carried out more than 18 strikes against multiple targets in an area stretching from the eastern town of Deir ez-Zor to the Boukamal desert at the Syrian-Iraqi border, according to the Britain-based war monitor.

The raids killed five Syrian soldiers and 11 allied fighters belonging to the Iranian Revolutionary Guards, Lebanese Hezbollah and the Fatimid Brigade, which includes pro-Iranian Afghan fighters, the Observatory said, although their nationalities and a precise breakdown were not immediately known.

“At 1:10 am, the Israeli enemy carried out an aerial assault on the town of Deir ez-Zor and the Boukamal region,” SANA said, citing a military source.

“The results of the aggression are currently being verified,” it added.

It was the second wave of Israeli raids in Syria in less than a week.

The last strikes on January 7 targeted positions in southern Syria and south of the capital Damascus, killing three pro-Iran fighters.

Israel routinely carries out raids in Syria, mostly against targets affiliated with Iran in what it says is a bid to prevent its arch foe from securing further foothold along its borders.

Iran has members of its own military as well as fighters from a variety of nationalities fighting with militias it supports deployed across Syria.

Israel hit around 50 targets in Syria in 2020, according to an annual report released in late December by the Israeli military.

The Israeli army has carried out hundreds of air and missile strikes on Syria since the civil war broke out in 2011, targeting Iranian and Lebanese Hezbollah forces as well as government troops.