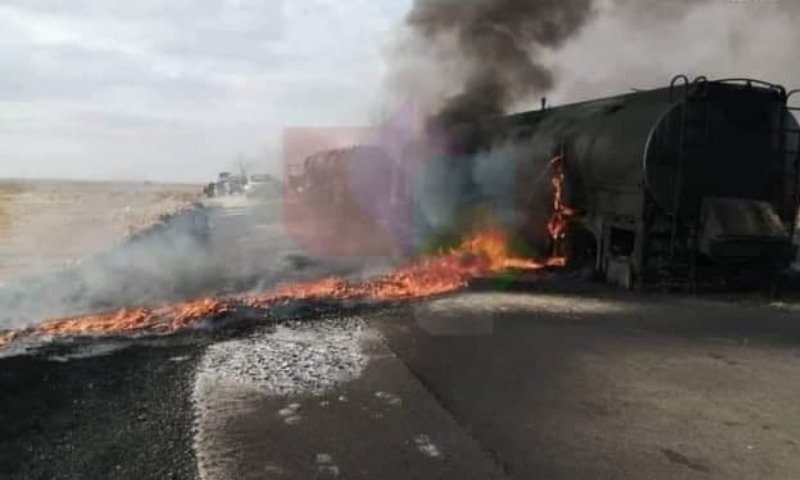 The Islamic State (ISIS) claimed responsibility for an attack that targeted Qatirji oil tankers, during an ambush in the Hama desert at midnight on Monday.

On Tuesday, ISIS said through its Amaq News agency, that its fighters, “destroyed ten oil tankers and killed and wounded 10 militia members loyal to the Syrian army, in an ambush in the desert of Hama.”

ISIS added that its fighters attacked the convoy with various weapons, and were able to destroy 10 tankers and, “kill seven militia members accompanying the convoy and wound three others, before withdrawing to their initial positions, unharmed.”

Last Sunday, SANA reported that nine civilians were killed as a result of a terrorist attack on a bus near the Wadi al-Atheeb area in Salamiyah in the Hama countryside, and said that their bodies were transferred to the National Hospital of Salamiyah.

The Syrian News Channel quoted the Governor of Hama, Muhammad Tariq Kreshati, as saying that three vehicles were targeted.

Local networks, including the Homs al-Zahra network, published a video recording of the attack on the bus.

It is noticeable that the Islamic State has expanded deep into the areas under SDF control in northeastern Syria, with SDF leaders and members of the regime forces were targeted.