An Iranian delegation in Syria has called on Turkey to implement the Sochi agreement and respect the sovereignty of Syria and its territorial integrity writes The Syria Times. 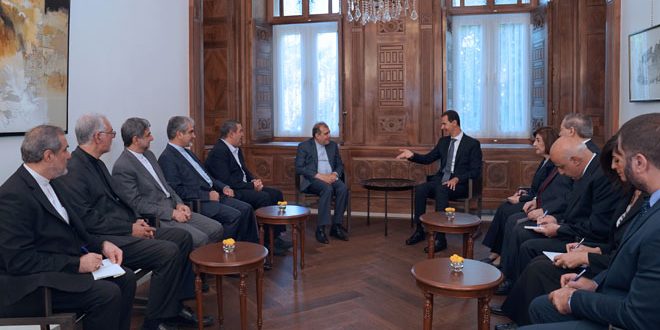 The Senior Aide of the Iranian Foreign Minister for Political Affairs Ali Asghar Khaji has stressed that the Turkish regime should implement all the agreements that were concluded regarding the “de-escalation zone” in Idleb, reiterating that the Syrian state must extends its sovereignty over all Syrian territory.

In a statement to reporters following talks with President Bashar al-Assad and Foreign Minister Walid al-Muallem on Monday, Asghar Khaji said, “We are against any illegal presence of foreign troops or terrorists in Syria. We asked the Turks to implement all the agreements concluded in Sochi and always insisted on imposing the sovereignty of the Syrian state over its land.”

“Our participation in Geneva meetings doesn’t mean that we will participate in the activities of the committee, because the meeting is an intra-Syrian one and we won’t accept any foreign interference,” Asghar Khaji added.

On the normalization deal between Israel and the United Arab Emirates, Asghar Khaji said that the agreement is an incorrect step that doesn’t serve the interests of the region.

The Iranian official made it clear that his visit to Syria was to hold talks with Assad and other senior Syrian officials on important developments, including the situation on the ground in Idleb, the recent parliamentary elections in Syria and the unfair sanctions imposed by the United States under the so-called Caesar Act.