Russia-backed forces have withdrawn from a number of fronts in Idleb and redeployed to different areas, raising fears of an upcoming assault reports Baladi News. 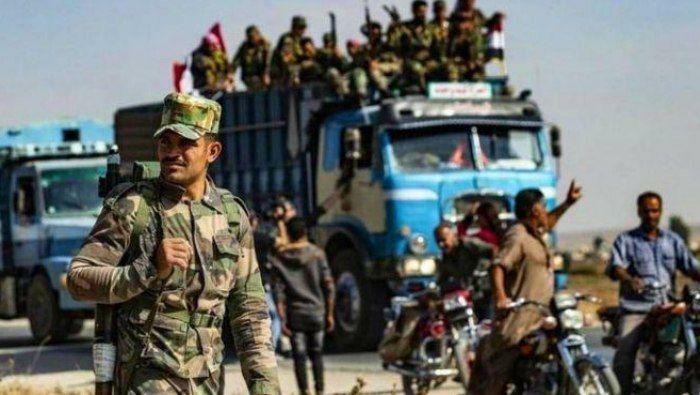 A rebel military source told Baladi News on Monday that the Russian-backed 25th Division militia, accompanied by a number of militias loyal to it, had withdrawn over the past two days from the fronts on the city of Saraqeb and Khan al-Sabil, and headed towards a new front between Maarat al-Nu’man and Kafr Nubl.

The source added that the regime’s Republican Guard forces, accompanied by military reinforcements from special forces and the 8th Division were stationed at the front from which the 25th Division withdrew.

According to the source, the latest deployment indicates that this militia, which serves as the spearhead of the regime and Russia’s offensive operations, intends to launch a military operation on the villages of Jabal Zawiya, south of the international M4 highway.

The source, who declined to be named, said that there were a few things that raise suspicion, most notably the absence of a Turkish position south of the M4, after they evacuated their positions near Kansafra, al-Barah and Abilene south of Idleb after being subjected to airstrikes, which killed dozens of Turkish soldiers last month. The source said that the recent heavy Turkish deployment at the northern end of the M4 highway suggests that the Turkish army is demarcating the anticipated Russian military operation.

The source said that the last gamble may be on the extent of Turkish support to confront the expected military operation, adding: “If the Turkish military support is similar to what the Turkish army provided to the opposition factions recently, it will be possible to thwart the military operation. But if the Turkish army refuses to provide support—which is the most likely scenario—then the matter will be related to the rebel groups’ ability to hold out in a rugged mountainous region, which will help them withstand, fight, and barricade.”

Over the past few days, Turkish forces have strengthened their military presence in the villages adjacent to the M4 road on the northern side. Many new military points have been established, and hundreds of soldiers and military vehicles have been deployed.