Israel has conducted airstrikes against a number of sites in Syria, targeting Iran-backed fighters and killing 12 reports Asharq Al-Awsat. 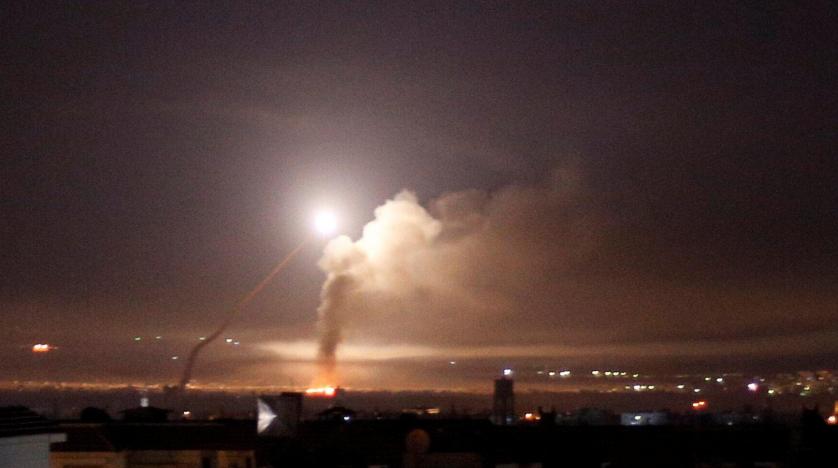 The Syrian defense ministry said that air defenses intercepted Israeli missiles over Damascus that were fired at military targets in southern Syria including near the capital.

The attacks by Israeli jets were launched over the Golan Heights and Lebanese airspace in two waves, one near Damascus and another near the Deraa and Quneitra provinces, said a ministry statement carried by regime media.

It said Syrian air defenses downed a large number of missiles but that the attack had caused material damage and injured eight “fighters”, without specifying their nationality.

Syrian regime media quoted an unnamed military official as saying that eight soldiers were wounded in the airstrikes.

According to the Observatory, the airstrikes hit Syrian army positions and those of Iranian-backed militiamen west and south of the capital, as well as the Mazzeh military air base in Damascus.

A “large number of missiles” hit multiple positions in these areas, triggering a fire at the Scientific Research Center in the Damascus suburb of Jamraya. The Observatory said the strikes killed 12 Syrians and non-Syrian Iran-backed fighters, adding that the deaths occurred in the southern village of Izraa and the southern Damascus suburb of Kisweh.

Israel has repeatedly bombed Iranian-backed militia targets in Syria, saying its goal was to end Tehran’s military presence there.

Last month, the Syrian army said Israeli jets attacked the main T4 air base in Homs province. In December, it said the air defense system intercepted missiles fired from the direction of Israel aimed at targets on the outskirts Damascus.