Popular anger is rising in Deir ez-Zor, with residents taking to the streets to demand that the Iranian militias and regime forces leave the area reports Al-Modon. 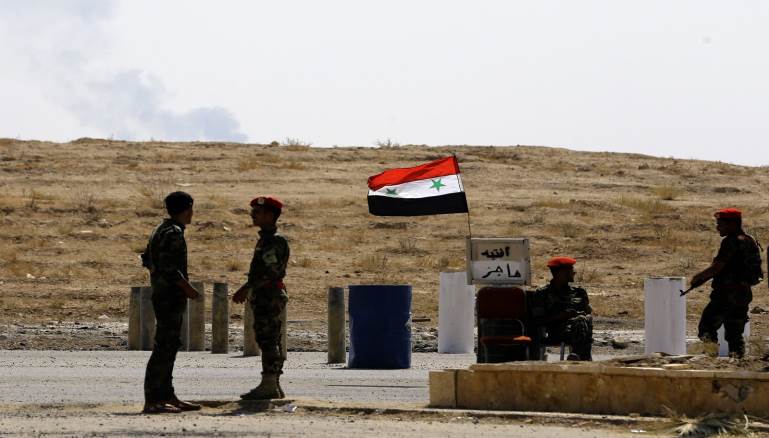 Syrian activists in Deir ez-Zor province have called for the expulsion of Iranian militias present in the area, amid a chain of protests and movements in areas under the control of the Syrian Democratic Forces (SDF).

The Euphrates Post organization on Facebook said that there were protests in the towns of al-Azbeh and al-Maizilah, calling for the departure of the Iranian militias and Syrian regime forces from Deir ez-Zor province. The Deir Ezzor 24 Network reported that protests broke out in the town of al-Shaheel in Deir ez-Zor, calling for Iranian forces to leave, and lifting signs with the slogan, “No stability, no peace, without the expulsion of Assad and Iran.”

They also raised another slogan, saying, “Assad and Iran … are the biggest threats to human beings in the region.”

The protests came after security developments in the region and tensions between American forces and Iran-backed militias in the Syrian desert connecting to the Iraqi desert. Syrian forces and their allies have been in the area since taking control over the Albu Kamal area and parts of the Syrian desert.

On the other side of the Euphrates River, the SDF, which is backed by the US-led International Coalition, controls large parts of the area.

Over the last few months, villages and towns in the eastern Deir ez-Zor countryside have seen protests with dozens of civilians coming out to reject the entry of Syrian regime forces and its ally Iran east of the Euphrates.