Russian warplanes used vacuum bombs to hit the city of Kafr Nabl, and the towns of Hass and al-Fatterah resulting in the deaths of number of civilians, including one child writes Baladi News. 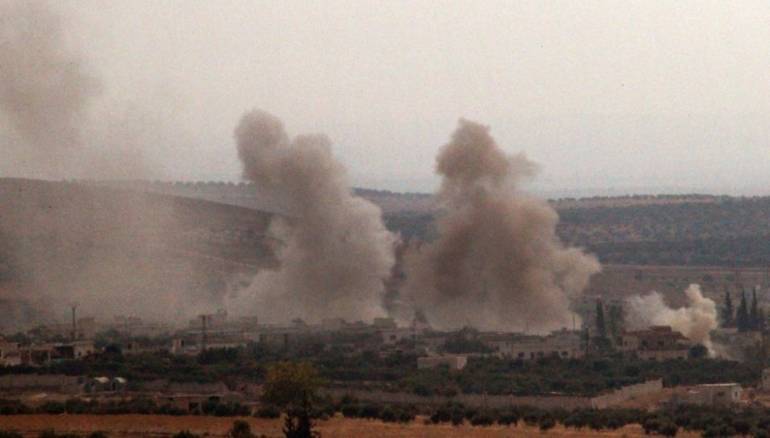 On Thursday, nine civilians, including a child, were martyred and others wounded when a Russian warplanes bombarded the cities and towns in the southern Idleb countryside.

Baladi News’s correspondent in the Idleb countryside said that the Russian warplanes used vacuum bombs to strike the city of Kafr Nabl, and the towns of Hass and al-Fatterah, which killed a civilian in Fatterah and three in Kafr Nabl, including a child, as well as two in Hass, which is south of Idleb. There were three martyrs, including a Civil Defense volunteer, in the city of Darkoush west of Idleb during a blast of unknown source.

Our correspondent said that the Russian warplanes also used rockets on the towns of al-Raffa, al-Najeya, and Maraand in the Idleb countryside.

Russian warplanes escalated their air bombardment on the towns and cities of Idleb coinciding with a artillery and rocket bombardment by regime forces deployed on the outskirts of liberated areas.