An explosion at an ammunition depot in Hama province has killed 20 Russian and regime soldiers and destroyed a number of buildings reports Al-Araby al-Jadeed. 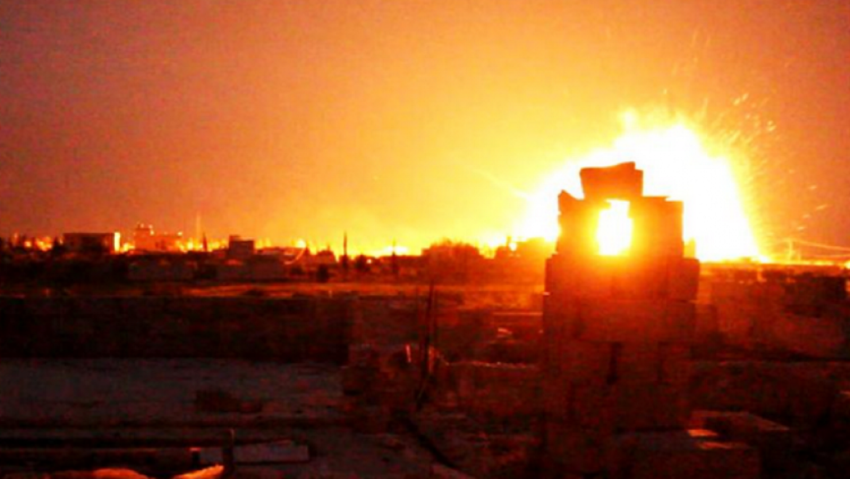 Twenty Russian and Syrian regime soldiers have been killed in a series of huge explosions at an ammunition depot in central Syria, Syrian opposition news websites have reported.

The explosions happened at a depot near the Tal Salba camp in Hama province on Saturday evening, killing a Russian general and another officer and injuring 12 others. Eighteen Syrian regime soldiers from the elite “Tiger” forces and the Fifth Brigade were killed and 30 were injured, the websites said.

Disorganised storage of missiles and ammunition was the cause of the explosion, according to Syrian opposition sources. Three buildings were destroyed as well as four four-wheel drive vehicles and several rocket launchers.

The Russian military prevented Assad regime forces from approaching the site of the explosion, according to the Zaman al-Wasl website. Injured Russian soldiers were transported to the Heimimim Russian airbase near the Syrian coast.

Russia intervened in the Syrian conflict on the side of the Assad regime in September 2015. Human rights groups have accused Russian forces of deliberately bombing civilian facilities and committing war crimes.