So far, thirteen bodies have been pulled from the rubble after a heavy bombardment campaign by the regime army on the town of Maarshorin reports Etihad Press. 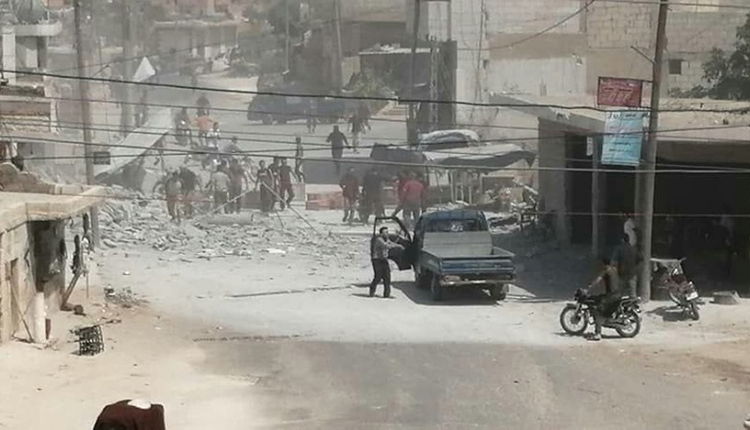 On Tuesday, regime forces warplanes carried out a heavy bombardment campaign on parts of Idleb province, in a continuation of the military escalation that began more than two months ago, killing more than 10 civilians in the town of Maarshorin.

Local sources said that by 4:00 P.M. on Tuesday, the toll of the “Maarshorin massacre” had reached 13 civilians, including women and children, hours after the Civil Defense teams began work to clear rubble and remove the dead and wounded.

The aerial bombardment included Jisr al-Shaghour, which was hit by four strikes, and the village of Ayn al-Barada, as well as an artillery bombardment of other towns and villages on the outskirts of Idleb province.

According to the report, regime forces and their Russian ally struck these areas with: “67 airstrikes by warplanes and 28 with helicopters and 48 artillery strikes,” which have displaced about “755,000 people.”