Satellite images have shown that the Assad regime is constructing a new airstrip for helicopters, which will be used by Iran and Hezbollah reports Zaman Al Wasl. 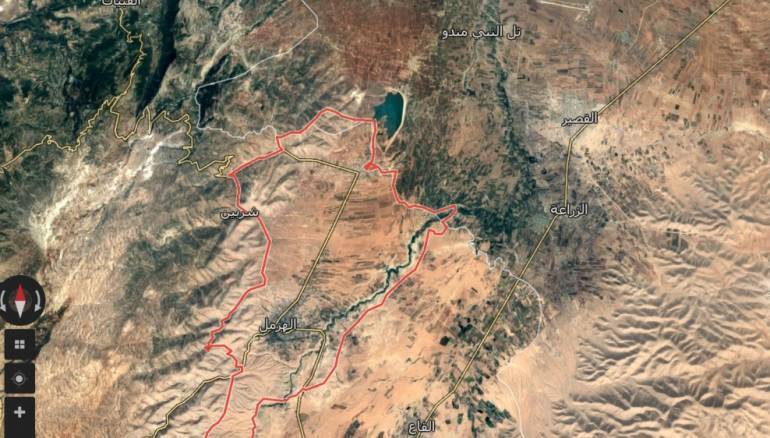 Zaman al-Wasl has obtained fresh satellite images that show the regime has established a new helipad near Shamsein camp in central Homs province.

The images show the ongoing construction of a helipad, 550 meters in length and about 150 in width. It is similar to the large runway established by the regime in the village of Istamo after the Russians took over the Hemeimeem airbase.

A military source confirmed that the regime began building this helipad mid-2018, but that it is still not complete. At first glance, some think that this is the civil airport, which the system intends to establish in the city of Homs, but its short length (which does not exceed 550 meters) does not qualify it to be suitable for landing passenger airplanes.

According to the source, the regime intends to put a squadron of helicopters and two brigades of reconnaissance aircraft at this airport, with Iranian and Hezbollah forces being allowed to also use it.

The helipad is close to the Third Corps and the Fourth Voluntary Brigade camps.

The current airstrip is located close the headquarters of Hezbollah, near the town of al-Qusayr, which is only 10 km away. It is also adjacent to Lebanese villages loyal to the militia, such as Hermel, as the site lies only 20 km from the Lebanese border.

Homs province did not have any helipads or airports for helicopters in the past, except for the airports of Shayrat and al-Daba’ah dedicated to fixed-wing aircrafts.