As the regime and their Russian and Iranian allies continue their assault on Idleb and the Hama countryside, casualties continue to mount reports Hurriya Press. 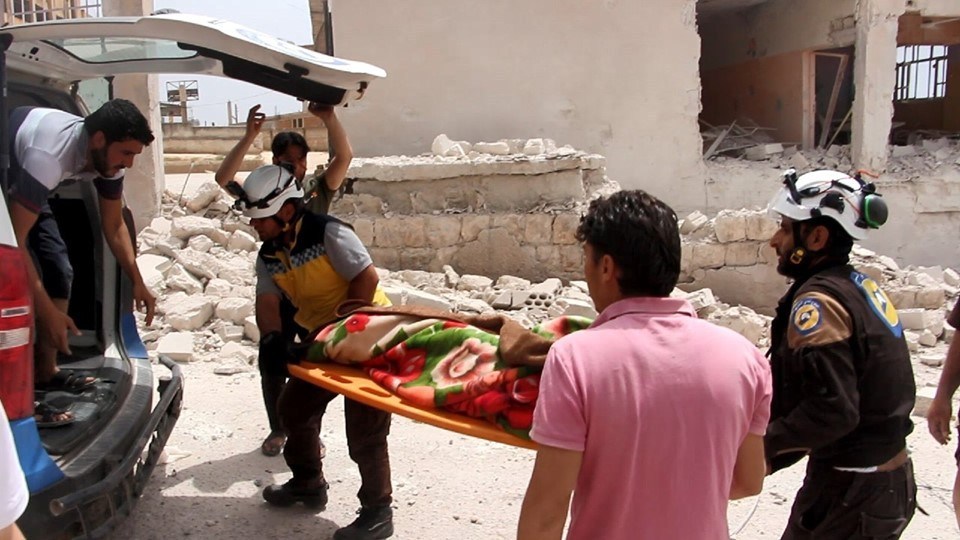 Eight civilians were killed and others were wounded on Thursday in heavy bombardments by Assad’s forces on most areas in the Idleb and Hama countrysides.

Hurriya Press’s correspondent said that three civilians were killed including a woman and that others were wounded by the Assad regime’s bombardment with cluster rockets that struck the city of Kafr Nubl.

Warplanes also struck the towns and cities of the southern Idleb countryside, which killed a civilian and wounded two in the town of Hesh. Two civilians were killed in Kafar Sijnah and two children in the town of Kafar Aweed. A number of civilians were wounded in Maar Tamater and Maarat Hermeh. There was no information about any casualties sustained during bombardments on the towns of Maarat Nouman and Khan Sheikhoun as well as the towns of Tramla, Armanaya, al-Hobait, Rakaya and the outskirts of Kafar Roma.

Meanwhile a number of civilians were wounded in the town of Ariniyeh in the Idleb countryside, when it was struck by a helicopter with barrel bombs.

Hurriya Press’s correspondent in Hama said that Assad forces’ warplanes had struck the villages of Shahrnaz and Midan Ghazal west of Hama, with helicopters bombarding the village of al-Sayad with barrel bombs. Regime artillery struck the towns of Kafar Zeita and Ltamaneh north of Hama, which wounded a child in Kafar Zeita.

This comes at a time when the fighting is ongoing between rebels and Assad’s forces on a number of fronts in the Hama countryside to repel the latest attempts to advance, alongside heavy aerial bombardments.