The Syrian regime has been accused of using barrel bombs indiscriminately, and without military justification writes The Syrian Network for Human Rights. 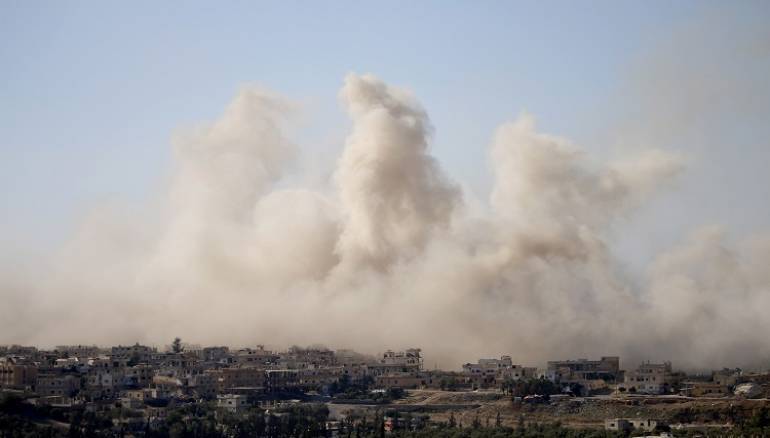 A new report by the Syrian Network for Human Rights revealed that Syrian regime forces had used 26,577 barrel bombs since the start of the Russian intervention on Sep. 30, 2015.

Barrel bombs have been one of the most-used improvised weapons since March 2011. The first documented barrel bomb attack, according to the report, was on Jul. 18, 2012 in Dael city, in northern Daraa governorate, where five civilians were killed, including one female child and three women while about eight others were injured.

The report adds that the Syrian regime used barrel bombs loaded with anti-tank mines in September. This was in al Habeit village, southern suburbs of Idleb on Sep. 10, 2018.

The Syrian regime dropped no less than 3,601 since the start of 2018, where the month of March recorded the highest number of barrel bombs, followed by April, while the report records that at least 98 barrel bombs were dropped in September and killed two civilians. In addition, barrel bombs were used in one attack on a vital civilian medical facility.

The report notes that Syrian regime forces have used barrel bombs loaded with incendiary ammunitions without a military justification, and without taking any measures to reduce the damages to civilians and civilian facilities.