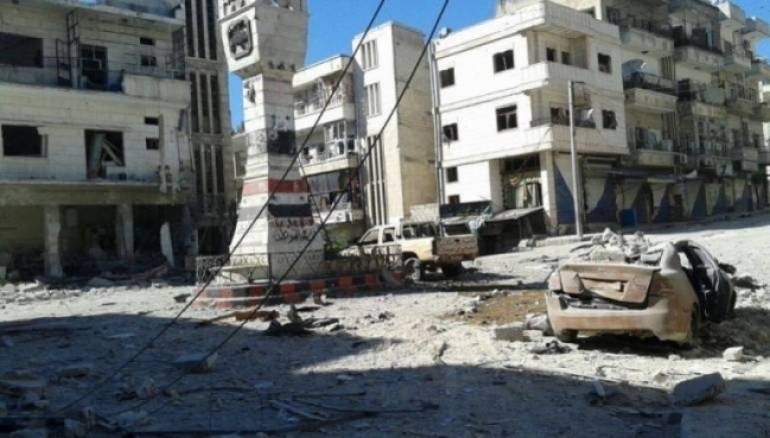 The Syrian regime's air force killed more than 30 people in air strikes on Sunday in the captured city of Jisr al-Shughour, in a brutal retaliation to the humiliating defeats inflicted by Islamist rebels in the last few days, activists said.

Syrian jets carried out at least 20 air strikes on the town of Jisr al-Shughour in northwestern Syria on Sunday, monitoring groups said.

Field activists also reported that 18 detainees in Jisr al-Shughour were killed by Bashar al-Assad's military intelligence before they fled the town on Saturday which was seized by conservative Islamic factions, including the Al-Qaeda-affiliated Nusra Front.

Idleb province has witnessed its fiercest aerial bombardment in months since the Fatah Army, an alliance of the Islamist groups, made remarkable advances by taking control of Idleb city in late March.

In the northeastern city of Jisr al-Shughour, close to Assad's hometown of Lattakia, the threat has sparked anger among pro-Assad activists on social media.

According to reports from activists, the command of Syrian army and security units withdrew towards the province of Lattakia in the early hours of Saturday after fighters advanced through the neighborhoods of the city.

In a relevant development, rebels took control of five villages in the predominantly Alawite region of Sahl al-Ghab on Saturday in the western countryside of Hama province.