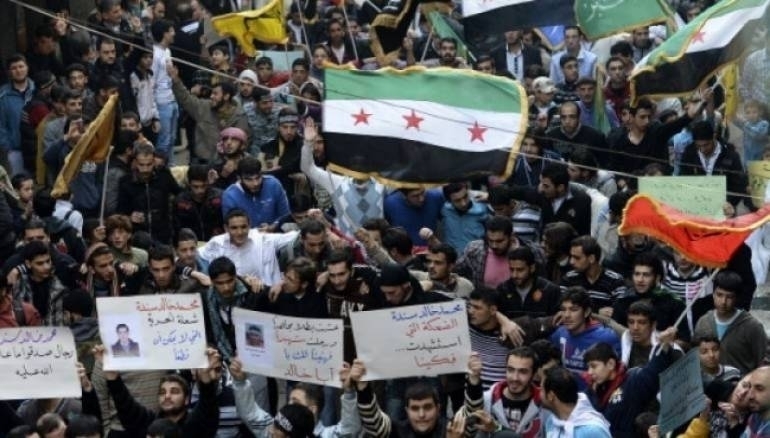 A number of foreign states have secretly agreed to divide Syria along ethnic and sectarian lines in a last ditch effort to settle the ongoing crisis in the country, according to a prominent figure inside the Syrian National Coalition.

Sources explained to Zaman al-Wasl that dividing Syria has become the most convincing option to the international community, adding that “although it is not suitable to the Syrian revolution, regrettably, Syrians are no longer decisive in planning Syria’s future”.

Former US Ambassador to Syria Robert Ford was first to suggest Syria’s division into six small statelets: Sunni in the east, northwest and south of Syria, along with an Alawite, and Kurdish state.

Ford believed that dividing Syria could help contain the conflict by preventing armed forces from expanding their control over larger swathes of land, reflecting the US’ unwillingness to change the balance of power inside Syria.

‫ Ford’s vision, it seems, harmonizes with Israel’s goals, as sources from the Gulf states spoke to Zaman al-Wasl of a political seminar in Washington concerning the Syrian crisis. According to the sources, a prominent figure from the Israeli Ministry of Foreign Affairs revealed that Israel would not be safe until Syria was divided to form Kurdish and Alawite statelets, along with other “scattered” Sunni statelets.

Amos Gilad, Strategic Advisor to the Israeli Defense Minster, recently revealed that President Bashar al-Assad is not in control of more than one fifth of Syrian land. At a conference for Israeli Defense Forces, Gilad added: “Syria has reached its end, and history would remember that Bashar was the one who wasted Syria”.

According to the Syrian National Coalition sources, ISIS continues to remain an obstacle facing a Syrian divide, destabilizing any efforts at a cohesive country-wide plan. ‫