Scores dead in attack on popular marketplace in town of Ariha 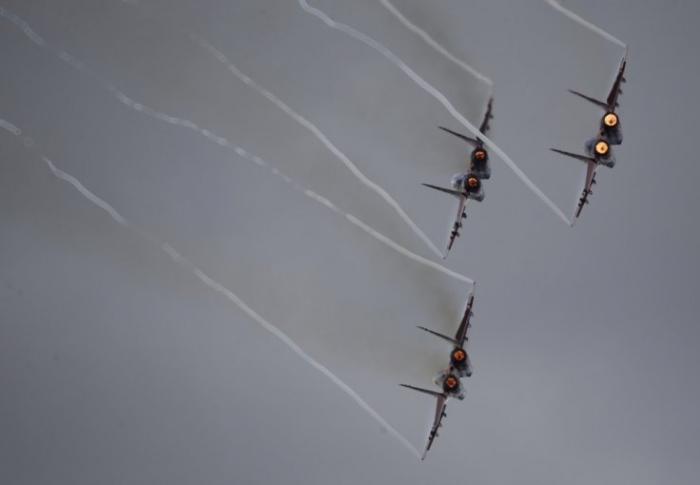 At least 60 people were killed when Russian airstrikes targeted a marketplace in the town of Ariha, in the northern province of Idleb, local activists said Sunday.

The Syrian regime and its key ally Russia have deliberately targeted main marketplaces in rebel-held towns, in a blatant offensive on civilians, activists say.

Sunday markets are a weekly event where retailers offer goods at wholesale prices, making Sunday a crowded day in most of Syrian towns, but the event has recently become a chance for regime and Russian warplanes to hunt more souls.

Russia began its air campaign in Syria in support of President Bashar al-Assad on Sept. 30. Most victims of Russian strikes have not been ISIS fighters but civilians and moderate rebels, activists say.

More than 256 civilians have been killed in the Russian airstrikes that began on Sept. 30, the Syrian Network for Human Rights said.