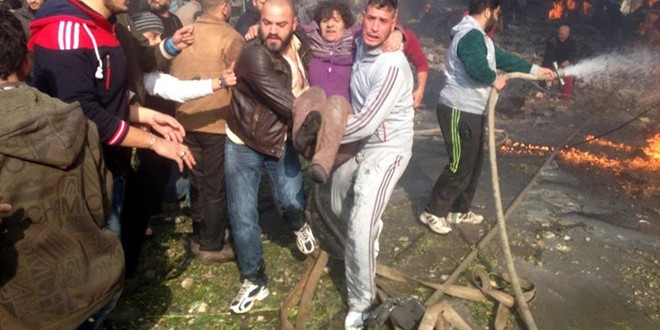 Prime Minister Wael al-Halki said the “cowardly” terrorist attack was in response to the local reconciliations which are taking place in Homs province, referring to a recent settlement in al-Waer aimed at clearing the neighborhood of weapons and fighters.

Such terrorist attacks will not succeed in intimidating Syrians off the reconciliation track, he added, but will rather boost the public’s determination to continue fighting terrorism and consolidating national unity.

The PM held the countries supporting and funding terrorism fully responsible for the “barbaric massacres” committed inside Syria.

The neighborhood, which has been targeted several times, saw a similar attack on October 4 killing one civilian and injuring 21 others.