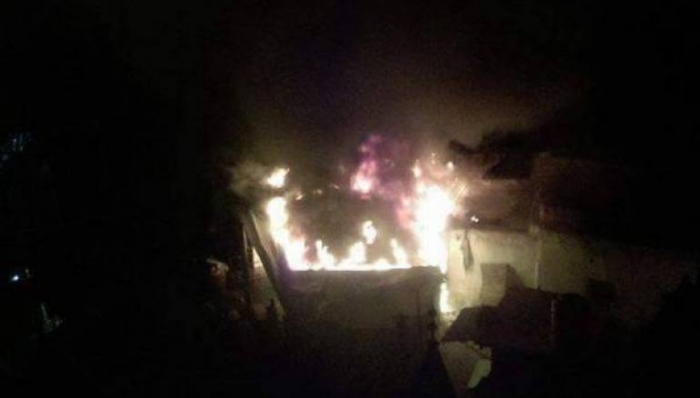 A fire broke out late on Thursday in the historic Manakhliye market of Old Damascus, residents reported, less than a month after a blaze engulfed the nearby UNESCO-listed Asruniyeh market.

A source told Zaman al-Wasl that the fire erupted in an archeological site situated along an extension of Malik Faisal Street, but the extent of the damage is unclear amid noticeable silence from regime-run media outlets.

Pro-regime media pages reported news of a fire in the Al-Amaraa neighborhood, but did not mention that the blaze had reached the adjacent Manakhliye market.

The activist-run “Diary of a Mortar Shell” Facebook page said the fire erupted in the Al-Amaraa neighborhood behind the Adaas Mosque opposite the police station. The page added that firemen were working to put out the fire.

The pro-regime “Damascus Now” Facebook page published an image of the fire, stating it erupted in a wooden shop in the Al-Amaraa neighborhood and caused only material damage.

Social media users commented on the post claiming the fire was a deliberate conspiracy against Damascus and a scheme by the regime and Iran to empty the city of its original inhabitants.