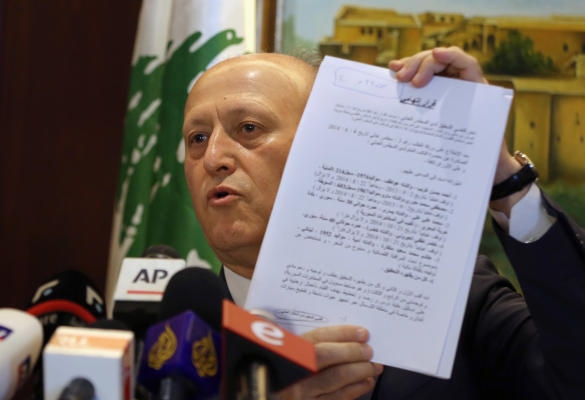 Lebanon indicted two Syrian intelligence officers on Friday in connection with twin bombings at mosques in Tripoli in 2013, state media said, the deadliest attack in the city since the end of Lebanon’s civil war in 1990.

The two blasts, at the Sunni Muslim Taqwa and al-Salam mosques in the northern Lebanese city, happened within minutes of each other in August 2013 and killed more than 40 people and injured hundreds, wrote Reuters.

The court ruling announcing the indictment said investigators were still trying to uncover the names of the officials responsible for giving the two officers their orders.

According to NNA, the ruling said “the order was issued from a high-level security body within the Syrian intelligence service”.

Shortly after the bombings, five men were charged, including a Sunni Muslim cleric close to the Syrian government.

Syria, which had a military presence in Lebanon for 29 years before pulling out in 2005, is now in the sixth year of its own civil war. Sectarian strife has spilled over from Syria and exacerbated similar tensions in Lebanon.

But the clashes, which left hundreds dead and wounded, ceased in 2014 after a deal was reached that allowed a prominent Alawite leader to flee to Syria.

Lebanese Justice Minister Ashraf Rifi, a Sunni politician vocally critical of the Syrian government and its ally Iran, said on Friday: “The era of Syrian tutelage is gone and will not return, and threats from the Syrian regime will not scare us.”

In response to the court’s findings, Rifi said he would ask the Lebanese government to expel Syria’s ambassador to Lebanon and to cut diplomatic relations with Damascus.

The Syrian government could not immediately be reached for comment.