Heavy armored units fail to break rebels in the Eastern Ghouta suburb following over a week and a half of heavy clashes, All4Syria reports 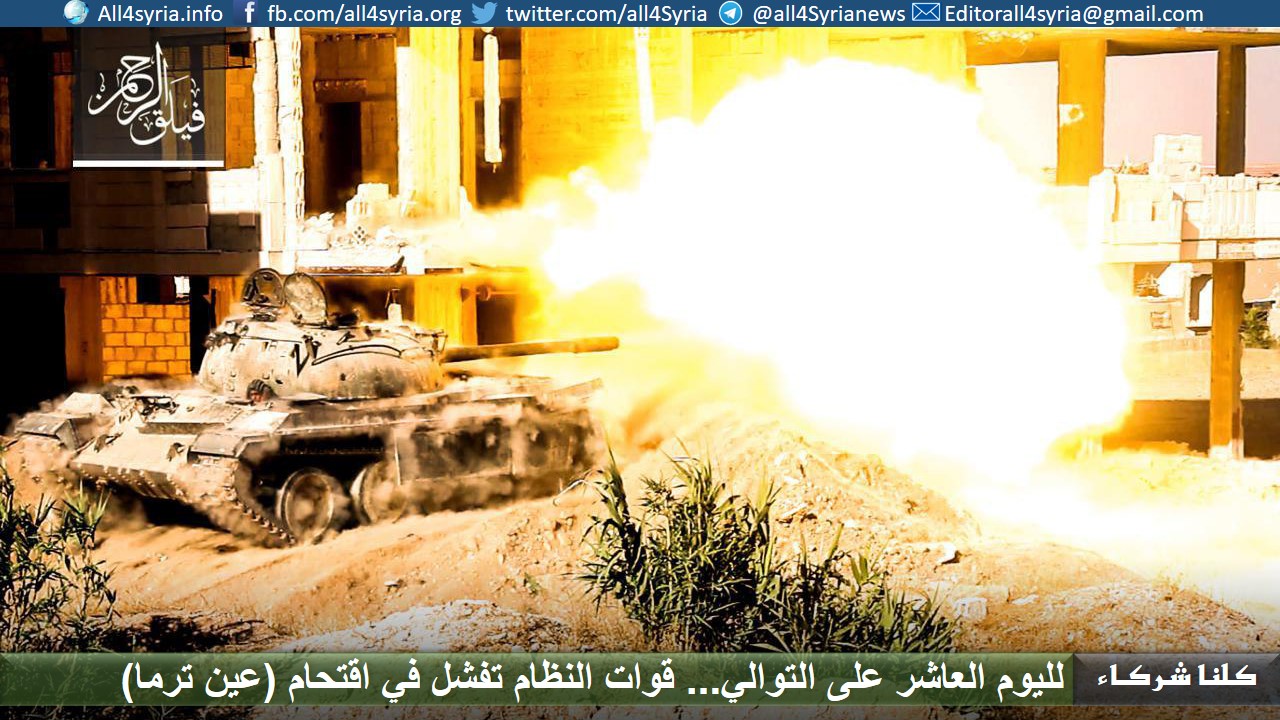 Rebel groups announced on Monday they had successfully repulsed a new attack by armored regime units who attempted to storm the town of Ain Termeh in the Eastern Ghouta of the Damascus countryside.

A statement on the Al-Rahman Legion’s social media accounts reported that the regime forces had failed to break through on the Ain Termeh front when they used a large number of armored vehicles and infantry.

The military campaign carried out by the regime and its militias on the Damascus district of Jobar and the town of Ain Termeh is continued for the 10th day in a row without any notable progress.

In the Jobar district, activists reported that warplanes had carried out a number of air raids on residential buildings, coinciding with heavy artillery bombardment by regime forces on the district. They added that heavy clashes between Al-Rahman Legion and pro-regime forces erupted from a number of directions in the district, on the second day of Eid al-Fitr.