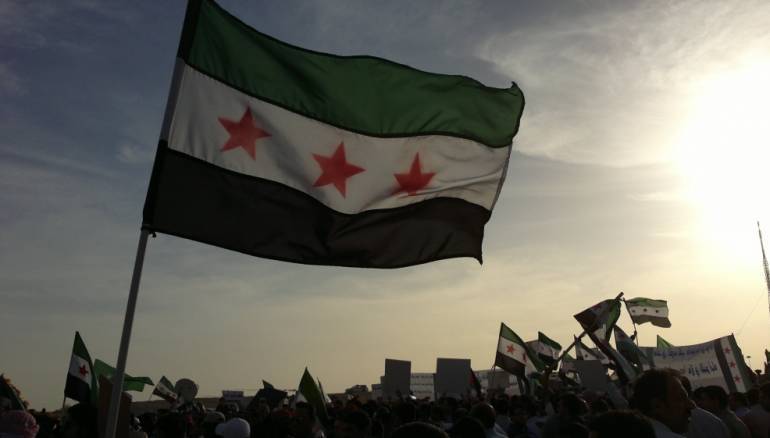 The health minister in the opposition's interim government denounced the Assad regime and Russia for deliberately attacking medical facilities in northern Hama and southern Idleb province.

Mohamad Firas al-Jundi said at least four hospitals were targeted by regime and Russian strikes as warplanes conducted more than 105 raids within a 24-hour period. The strikes were in response to a major rebel attack launched on Tuesday, the largest witnessed by the area since March.

Monitoring group the Syrian Observatory for Human Rights said the airstrikes hit three hospitals, a medical center and a location used by a rescue service in rebel-held Idleb.

The World Health Organization said all three hospitals in Kafr Nabl, Khan Sheikhoun and Heish are no longer in service.

The attack in Heish, which struck a hospital specializing in maternal and pediatric services, killed one health worker and severely injured another. The hospital previously provided an average of 1,350 consultations, 2,360 admissions, 1,500 major surgeries and care for 1,500 war-related trauma cases every month, the WHO said in statement.

The organization added that the attacks had deprived civilians caught in the crossfire of the critical trauma care and health services they need.

Meanwhile, two paramedics were reportedly killed in an attack that destroyed two ambulances in the town of Atshan, in the northern countryside of Hama.

The regime army said the attack was being repelled and that rebels had suffered losses.