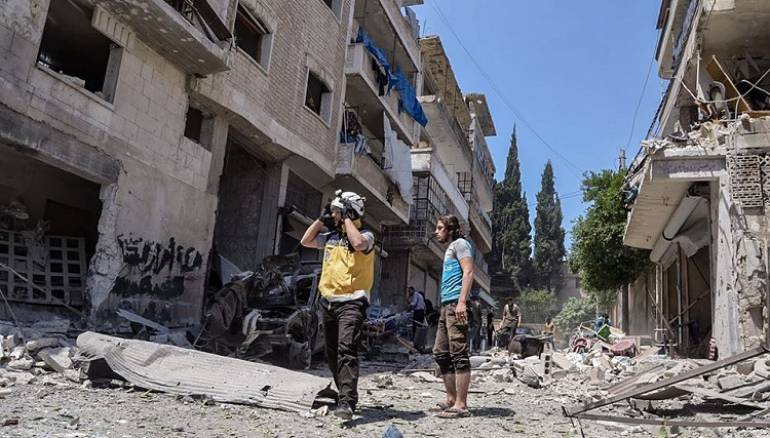 On Wednesday, at least 10 civilians were killed and dozen more wounded in a Syrian airstrike that hit an aid center in the northern province of Idleb, according to a reporter from Zaman al-Wasl.

The Su-22 fighter bomber targeted a crowd of people that were waiting for food rations at the main aid center in the town of Arhia.

Three children were among the casualties.

Idleb has been a haven for tens of thousands of rebels and 2.3 million civilians who were forced to abandon their homes in other parts of western Syria, which the regime and its foreign military allies have recaptured from rebels.

Syria has been locked in a devastating war since March 2011, when the Bashar al-Assad regime cracked down on pro-democracy protests with unexpected ferocity. UN and local monitoring groups says more than 400,000 people have been killed and million have been displaced.