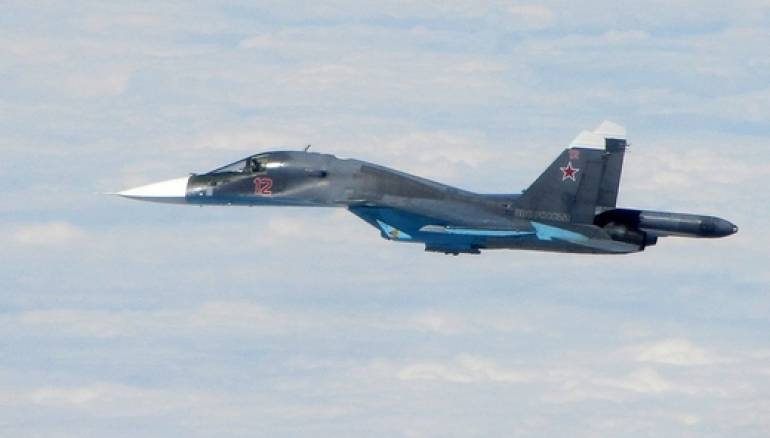 At least 13 civilians, including eight children, were killed on Tuesday when Russian airstrikes hit a town on the fence of the Israeli-Occupied Golan Heights, local activists said.

The strikes targeted a school in the town of Ayn al-Tineh, which was hosting tens of displaced families who fled the bombing on the southern Daraa province.

30 more civilians were wounded in the Russian attack.

Meanwhile, the Israeli border guards sent back dozens of refugees who approached the border fence, according to the Israeli military.

Local media said the refugees, some of whom carried white clothes, walked toward the border fence and were stopped some 200 meters away from the fence.

According to Israeli daily Haaretz, an Israeli soldier shouted at the refugees to “go back”.

Thousands of Syrian refugees have fled towards the occupied Golan Heights following the wide-scale offensive launched by regime forces to recapture the southwestern Daraa province from opposition groups.

Last month, a senior Israeli official said Israel would not allow “a single refugee” to enter Israeli territory but was prepared to offer humanitarian assistance.