The northern province of Idleb is supposed to be controlled by a ceasefire agreement between Russia and Turkey, but frequent infringements spread fear and chaos reports Al-Araby Al-Jadeed. 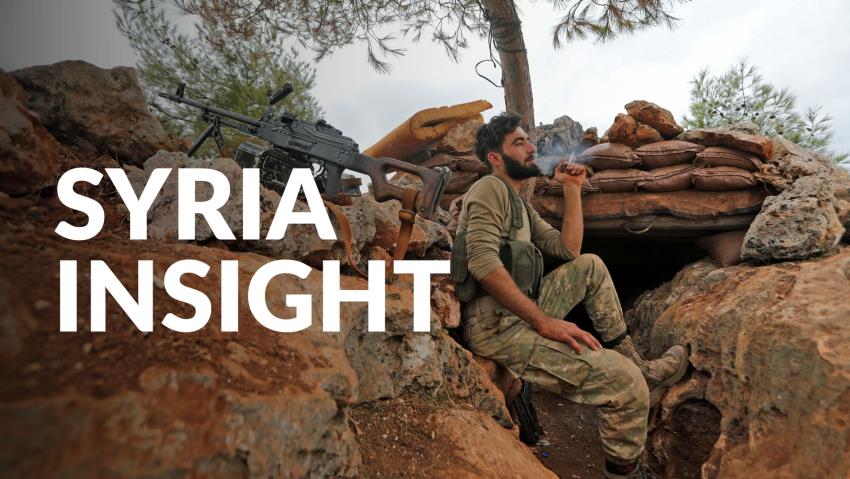 Although Idleb should be peaceful due to a Russian-Turkish brokered ceasefire in March, the northwest Syrian province remains subject to almost daily assaults by regime artillery and Russian war planes.

While the past months’ bombardments have been less intense than in previous years, they still contribute to an overwhelming sense of fear and instability for residents in the opposition province.

Periodic threats by the regime of planned new offensives also hang over the heads of Idleb’s three million residents, many having experienced the terror of displacement multiple times during the war and lost loved ones in the process.

Added to this is the extreme poverty in Idleb, food and medical shortages, and the growing threat of the coronavirus.

Russia has blamed extremist factions – such as the dominant armed group in Idleb province, Hay’at Tahrir al-Sham – for breaking the March truce and forcing Moscow to launch retaliatory strikes against militants. Rebels and civilians blame the regime and Russia for disrupting the ceasefire.

While radical groups are said to be responsible for many disruptions of the ceasefire, the most devastating strike in Idleb was on a Turkish-aligned moderate rebel group, Faylaq al-Sham, in October, killing and wounding more than 170 fighters.

The White Helmets reported 145 violations of the ceasefire in November by Russia and the regime and 12 deaths, amid reports of more regime activity close to frontlines in Idleb.

Political and economic considerations make it unlikely that a new regime offensive is brewing, but Russia still insists that Idleb will one day fall back into regime hands, by force if necessary.

“I think Russia’s current air campaign is testing whether an offensive would be possible or not. Still, I don’t think it is happening soon,” said Noor Nahas from Offbeat Research.

Turkey, the guarantor of the ceasefire in Idleb, has been distracted by its own foreign policy and domestic issues. The plunging lira, a major coronavirus outbreak in Turkey, and foreign policy concerns have likely dominated President Recep Tayyip Erdogan’s time and thoughts in recent months.

Yet violations of Idleb’s ceasefire and the continued threat of a Russian-backed regime offensive remains a constant concern for Turkish, who has its own forces deployed to the province in an observatory capacity.

“Turkey will be forced to be more aggressive because Russia is increasing its air bombardments,” Ali Bakeer, political analyst and researcher at the Ibn Khaldun Center at Qatar University, told The New Arab.

“The more Moscow senses a rapprochement between Ankara and the Biden administration, the more Russia will increase its pressure on Turkey to take action against Tahrir al-Sham or risk an increase in military operations in Idleb, whether directly or indirectly.”

Ankara is in a better position to manage Idleb affairs after ally Azerbaijan defeated Armenia in Nagorno-Karabakh and the Libya war winds down for now – both conflicts involving the Turkish military and Syrian proxy fighters.

There have also been major Turkish troop movements both into and around Idleb province in recent months.

Ankara will have to continue to manage a complex matrix of rebel and jihadist militias, some with cordial ties to Turkish forces and others hostile.

In a bid to reduce the risks posed to its soldiers in northwest Syria, Turkey evacuated some observation posts situated in areas overrun by the Assad regime in its bloody offensive last December to March.

They are now fortified in more secure and strategically important positions in Idleb province, where the Turkish-aligned Syrian National Army (SNA) militia coalition is also active.

While this does not guarantee the safety of rebel forces or civilians in these areas from regime or Russian attacks, their presence is likely welcomed.

“It is not a question of why the Turkish military withdrew to these positions but why did it take so long… these observation posts were set up in order to act as a barrier to further [regime] advances, as they believed that the Syrian army would not directly attack foreign troops,” said Adi Smajic, a Bosnian photojournalist who reported from rebel-held areas in Syria in 2014, told The New Arab.

“Fortunately for them, [the regime] just bypassed these positions, but making these posts useless for the Turkish army.”

The SNA consists mostly of Free Syrian Army (FSA) militias and are the most closely-aligned rebel formation to Turkey. Rebel factions under the umbrella of the SNA have opened roads to Idleb and are stationed at important sites across the province, said Smajic.

The other major rebel grouping is the National Liberation Front, which is officially part of the Syrian National Army but considered by some to be an independent entity.

It includes Islamist and former FSA groups such as Ahrar Al-Sham and Nour Al-Din Al-Zinki, which have had complicated relations with both Tahrir al-Sham and other SNA militias.

“Although the National Liberation Front claimed to be part of the National Army, the situation on the ground shows little interaction between these two groups. They remain physically separated when there’s no war against the Syrian army,” said the photojournalist.

“Nevertheless, all of them – including the controversial Tahrir al-Sham – mostly obey Turkish government decisions regarding everything that is happening in Idleb, as they have no other choice. But it is hard to say how long the rebel presence in Idleb would last without Turkey’s military and political interference.”

Tahrir al-Sham has also seen tensions with other rival factions in Idleb spill out into violence, as happened in the summer during its offensive against the Al-Qaeda-linked Hurras Al-Din formation.

Several bases and roadblocks manned by Hurras Al-Din  militants were targeted by Tahrir al-Sham security forces, which resulted in the latter directly taking over more areas of Idleb province.

It served to weaken rival Hurras Al-Din, after its brief bloom in 2020, and prevent further radical alliances from emerging, said Dareen Khalifa, a senior Syria analyst at the International Crisis Group.

“Tahrir al-Sham was also able to ban dealers from selling them arms or ammunition and dried up their financial resources, cutting off their supply lines. HTS’ approach towards Hurras Al-Din is consistent with their policies towards armed opposition group that are perceived by them as posing a threat to their hegemony,” said Khalifa.

Such campaigns – including the neutering of the National Liberation Front in 2019 – have consolidated HTS’ control over Idleb.

Tahrir al-Sham argues that its campaigns against more radical militant groups have created a more stable security environment in Idleb, despite its own history of extremism and violence against civil activists.

“They have initially tolerated their [radical groups] presence when the fight against the regime was ongoing, but during the ceasefire have proved to be a spoiler to HTS’ interests and it was only a matter of time before they went after them. Tahrir al-Sham has been extremely successful in limiting their influence,” Khalifa added.

The 5 March ceasefire agreement commits both Russia and Turkey to ‘combat all forms of terrorism’ in Syria and eliminate all UN-designated terrorist groups from Syria, Khalifa said, but both countries have differing views on its application.

“Russia and Turkey have chosen to read this phrase differently. Russia insists that the ceasefire is conditioned to the elimination of these groups, Tahrir al-Sham included. Turkey conditions their elimination on both preserving civilian lives and avoiding further destruction, a condition near impossible to achieve militarily, as seen by the levels of destruction and death caused by Russia’s attempts to wipe out the area’s rebels,” Khalifa added.

“Turkey also argues that the absence of a defined timeframe for taking such steps, it has the chance to allow Tahrir al-Sham to isolate, neutralise and perhaps eliminate hardliners and regroup its more pragmatic members under a different banner.”

Tahrir al-Sham leader Abu Mohammed Jolani’s PR campaign in the summer, which appeared aimed at presenting a more moderate and acceptable face of his organisation, might have been part of this.

For Turkey, HTS’ ability to police Idleb and prevent radical groups from disrupting the ceasefire could be enough to prevent a major humanitarian crisis unfolding on its borders.

“I believe that this idea has grown more palatable in the decision making circles in Ankara with the growing fear that a regime advance would lead to a renewed wave of Syrian refugees coming their way and at a time where conventional counter-terrorism approaches to Tahrir al-Sham have fallen short of addressing the problem,” Khalifa added.