Property across Syria is being bought up by Shia fighters and for the families of Iran-back fighters in Syria, for huge sums of money reports Sowt al-Asima. 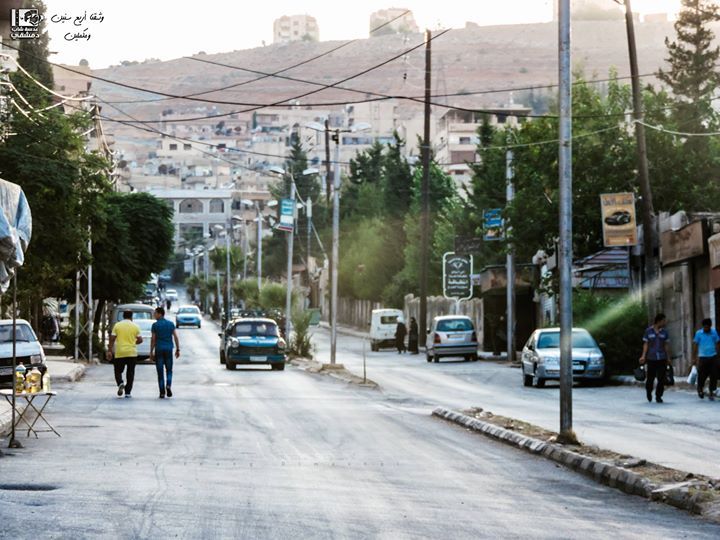 Sources working in the real estate sector have told Sowt al-Asima that Shia families related to members of the Iraqi al-Nujabaa militia have bought a number of houses and properties in the city of Qudssaya in the western Damascus countryside over the last few days.

The sources said that there had been 20 purchases of houses in the city carried out since the start of the year, with their prices higher than the local market rates. They added that 15 houses were sold to families from Deir ez-Zor province that converted to Shia Islam, and five others to Shia families of Iraqi origin.
The sources added that most of the houses that were purchased recently were in the al-Khayateen district on the Qudssaya outskirts, and others were in the al-Jadat district and the al-Amal square in the city center.
The sources said that the sales were completed through real estate brokers and middlemen from the city, because the owners refused to sell to these families.
According to the source, a house was sold in the al-Khayateen district last week for 50 million Syrian pounds, adding that this was done for the family of Iraqi Nujabaa militia member from Deir ez-Zor city.
One Qudssaya resident called Abu Mohamed told Sowt al-Asima that his house was sold at the start of the year to a real estate trader in the area for 55 million pounds, but that after a few weeks it turned out that the sale was for a Shia family of Iraqi nationality, who bought it for 70 million pounds.
Abu Mohamed, who had rejected the idea of selling his house to these families, said that buying it through brokers in the city was an open “scam.”
The Shia families in Qudssaya that are swiftly buying property showed its impact on the population, as a number of local sources said that the sound of the Shia call to prayer can be heard in al-Khayateen through the loudspeakers inside one of these houses, as well as the sound of Shia Islamic anthems playing from their cars.

The sales of the houses and real estate to the families of Nujabaa fighters in Qudssaya coincides with similar operations in various parts of Damascus and its environs. Sources told Sowt al-Asima that six sales had been documented in Damascus since the start of 2020, to commanders with the Lebanese Hezbollah militia brokered by officers and influential figures in the Fourth Division led by Maher al-Assad.

Sowt al-Asima discovered at the end of 2019 that property in Old Damascus had been sold to prominent Damascus Shia figures for sums over a billion Syrian pounds. The Lebanese Al-Modon website at the end of 2018 quoted sources as saying that more than 8,000 properties had been transferred to Iranian figures or those affiliated with them in Damascus and its countryside since the start of the Syrian revolution. It added that the Iranian embassy had played an important role in completing the sales and facilitating the necessary security agreements for sales and purchases and had given the necessary facilitations to obtain the renovation licenses.