Following the election of Joe Biden, the US has a steep hill to climb in the Middle East, but steps are available to them if they want to take a leading role in the region writes Asharq Al-Awsat. 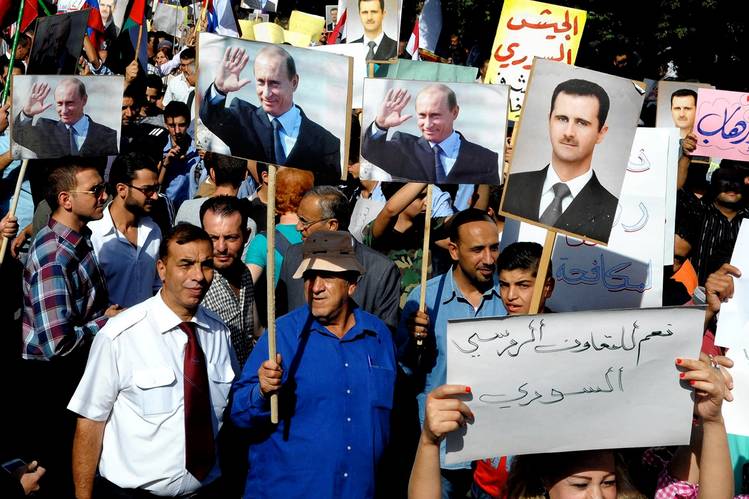 Before 2015, Russia was a largely inconsequential actor in the Middle East – seemingly lacking the means or credibility to exert a meaningful influence on individual countries, let alone the region as a whole. However, everything changed when the Kremlin militarily intervened in Syria in September 2015 in an operation it claimed at the time was intended to combat terrorism. Russia’s intervention was launched in close coordination with Iran, at the express invitation of Damascus, and at a time when Bashar al-Assad’s regime was at the edge of implosion. Within a year, Russia had turned the tide of Syria’s crisis, creating conditions in which an initially subtle Western fatigue was becoming increasingly evident.

Since then, Russia’s credibility and influence in the Middle East has risen markedly. Though Moscow remains a long way from being a peer competitor with the United States, its aggressive actions, rapid responses, and the consistency between its words and policy have provided it greater leverage than its real-world capabilities might have otherwise generated. Put bluntly, Russia has achieved a great deal in the Middle East in recent years ‘on the cheap.’

Throughout Russia’s recent surge into the region, the publicly proclaimed principle underlying much of its Middle East policy has been one of anti-interventionism and non-interference. Though these words sound laudable, they are a cover for a much more malign geopolitical goal: to challenge and undermine American primacy and to develop a coalition of allies and partners more likely to trust and work with Moscow over Washington. While Russia – like many other states – opposed or was skeptical of America’s interventions in Afghanistan, Iraq, and Libya, its concern for issues like nation-state sovereignty were directly correlated with its distrust and aggressive opposition to American policy and regional influence.

Despite describing its Syrian intervention as being motivated by a desire to fight terrorism, the first phase of its operations in late-2015 focused on attacking Syria’s mainstream opposition, backed at the time by a coalition of countries led by the US. Meanwhile, militant groups like ISIS and al-Qaeda went almost entirely untouched by Russian strikes, and thus, Russia’s true motives were revealed for all to see. In the months and years that followed, Russia’s determined opposition to American policy has continued to drive decision-making – whether in blocking humanitarian aid to millions in need; in encouraging Turkish incursions into or towards US-protected territories; and in vetoing multiple resolutions at the United Nations Security Council.

Though the optics of Russia’s Syria policy are rightfully condemned by many, their effect has been palpably clear. Hard-nosed diplomatic consistency, unforgivingly brutal military action, and a sizeable dose of deception and disinformation have combined to defeat, intimidate and out-maneuver its many rivals. Within a year of its Syrian intervention, then US Secretary of State John Kerry was seeking out compromise with his counterpart, Sergei Lavrov and six months later, US officials were preparing to endorse Russia’s “de-escalation” proposal – a strategy widely perceived as cover for dividing and conquering Syria’s opposition communities. Since then, Western engagement in the opposition-regime crisis has been minimal; overtaken by Russia’s Astana trilateral format, involving Turkey and Iran.

Just as Russia stands justifiably accused of meddling in America’s internal politics and that of multiple European allies, its awareness of Western domestic political trends will have clearly revealed a valuable opportunity: to exploit rising fatigue with long-standing or complex interventions abroad. Whether you look at Russia’s offer of financial rewards to the Taliban for killing American personnel in Afghanistan or the deployment of Wagner fighters to Libya to buttress Khalifa Haftar’s Libyan National Army, Russia’s goal is to step into a growing vacuum to challenge Western policy and to create quagmires which drain Western resources, undermine Western foreign policy, and to provide resulting opportunities for Russia to benefit.

As the five-year anniversary of Russia’s intervention in Syria approaches, the Kremlin has a good deal to celebrate. Russia is now arguably the primary decision-maker and mediator in Syria and has substantially enhanced its relations with Iran, Turkey, Israel, Egypt, and much of the Gulf. Russia’s arms industry has had several years to test new weapons systems in Syria, many of which are now being actively marketed for sale across the region. Since 2017, the Trump administration has done little to meaningfully push back against Russia and with America’s presidential elections just three months away, the future of that dynamic remains hard to predict.

However, while Russia may have achieved some notable short-term gains since intervening in Syria, a strategic victory remains far from the horizon. In fact, the very quagmires that Russia has sought to embed the West within may well be becoming a reality for it in Syria and Libya, where initial successes appear to be making way for increasingly complex, intractable situations. In Libya, Turkish escalation in defense of the Libyan Government of National Accord (GNA) has reversed all of Haftar’s gains, forcing the crisis into a costly stalemate for the LNA. In Syria, Assad may have been saved from possible defeat, but the means with which that survival was secured have left a carcass of a state, a crippled economy, and a government that is at best a global pariah. Sources of instability are now growing across Syria and the Assad regime continues to spoil any and all political initiative, including ones backed by Russia itself. With no light at the end of either the Libyan or Syrian tunnels, Russia’s “anti-interventionist interventions” may be proving as complicated and costly as the American-led ones it has so aggressively opposed in the past.