The former US Ambassador to Syria has said that if Joe Biden wins the election on November 3rd, then US policy in Syria is unlikely to change much writes Asharq Al-Awsat. 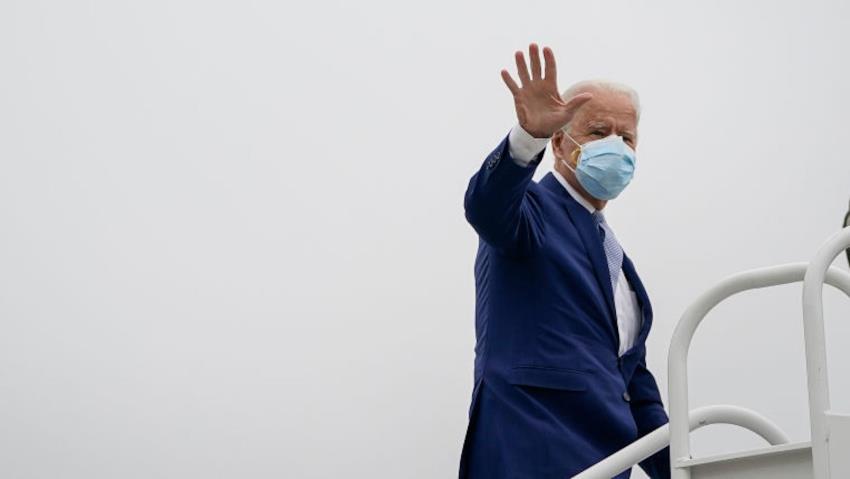 My friend directs a national organization of Muslim-Americans that has officially endorsed Joseph Biden. This could be very important. For example, Trump’s election victory in Michigan in 2016 was vital to his successful campaign. His margin in Michigan was only 11,000 more votes than Clinton received from 4,800,000 total votes in the state.

What does this tiny margin mean? In Michigan there are over 400,000 American citizens of Arab origin, including 120,000 whose families originally come from Sham. Their votes could be vital to establishing the result in Michigan and the result of the 2020 presidential election overall.

Of course, these Arab-American citizens have many concerns, including the virus pandemic and the economic recession. For very many of them, the American future role in Syria is also a big question. The Arab-American community wants peace for Syria, but it is divided about how to arrive at peace. The two candidates and the media largely ignored foreign policy issues, for example Syria or Iraq, but we can discover some differences between them about the Syria file.

First, it’s important to observe that Trump, Biden and their advisors agree on much about Syria. They do not want a big, new American military intervention in the Middle East. They support the UN effort to find a political solution through negotiations for a constitution but they don’t want to lead the operation to reconstruct Syria or to rebuild the old Syrian state. They both want to maintain the small American ground force presence in eastern Syria.

But their two opinions about that military presence are not the same. Basically, Trump does not like it, but he accepts it because the American Defense and State Departments urge him to keep the troops. Trump feels no loyalty to the Kurds in Hasakeh province. (The Kurds should not feel very bad. Trump feels no loyalty to anyone even in America except his family.) His advisors at the Pentagon and the Foreign Ministry convinced him to accept the remaining of American forces only because they control some small Syrian oilfields. If there are no big human or financial losses, Trump agrees with this military operation. He has concluded that the American military and its Kurdish allies eradicated ISIS. He appreciates the Kurds’ role, but their future is not his concern.

In comparison, Biden and his advisors still think that ISIS could be a problem. They do not want to repeat the experience of the rise of ISIS in Iraq in 2014. Therefore, Biden and his advisors all say that keeping a small number of American Special Forces on the ground is useful. Unless there are significant American casualties, a small American military presence will surely remain. Biden and his team also think the Americans must protect the Syrian Kurds. Trump himself doesn’t care if the Syrian Kurdish PYD party is building a small state in Hasakeh under the American military umbrella but he doesn’t want to pay for it and he stopped American economic assistance.

A Biden administration would protect the emerging small state and provide diplomatic support to it and likely will provide a small economic aid program. We can expect the State Department to play a more active role with the autonomous administration, especially pressuring the United Nations to give the PYD and its administration a role in constitution negotiations in Geneva. Damascus, Ankara, Tehran and Moscow all will reject such an American initiative but the Biden team will present no inducements to change their rejection.

Neither Trump nor Biden will change the sanctions policy against Damascus. Trump and Secretary of State Pompeo like the sanctions as a tool to pressure Tehran indirectly. Biden has never expressed sympathy for the Assad government, but Syria will not be even a small priority for him. For him, it will be easier politically in Washington to maintain the sanctions. In addition, Biden will not immediately remove sanctions against Assad’s ally in Tehran before intense negotiations over Iran’s nuclear program.