Who is Ethan Goldrich, the new Deputy Assistant Secretary of State for Near Eastern Affairs, with responsibility for the Levant and Syria engagement. 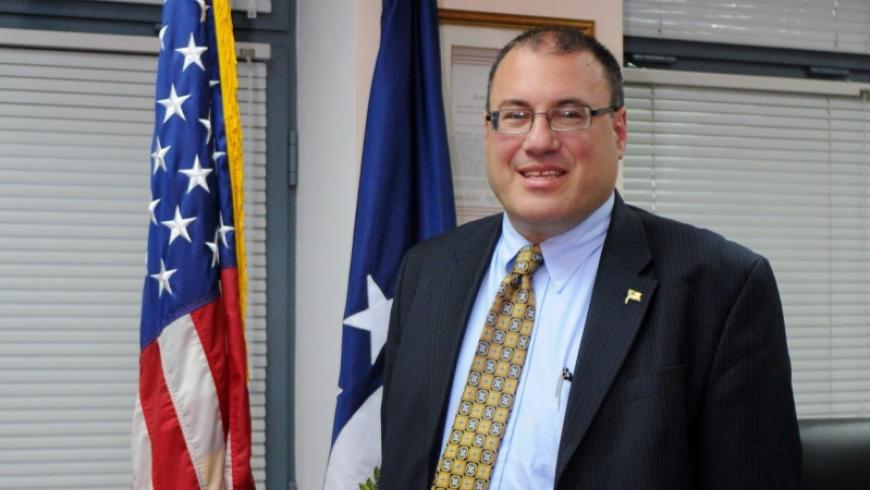 On September 20, 2021, Ethan A. Goldrich began service as Deputy Assistant Secretary of State for Near Eastern Affairs, with responsibility for the Levant and Syria engagement.

Mr. Goldrich was Foreign Policy Advisor to the Commanding General of the Joint Special Operations Command from August 2018 to June 2021. In February 2021, he was dual hatted to also serve as the Office Director for Arabian Peninsula Affairs in the Department of State.  In summer 2021 he provided coverage as Charge d’Affaires, first in Manama, Bahrain, and then in Abu Dhabi, UAE.

Prior to his JSOC posting, he served as Director of the Office of Levant Affairs and Acting Deputy Assistant Secretary in the U.S. Department of State, where he had responsibility for Syria, Lebanon, and Jordan. Prior to that, he served as Deputy Chief of Mission at the U.S. Embassy in Abu Dhabi, the United Arab Emirates from August 2014 to July 2017, with responsibility for 43 sections and agencies and a staff of close to 1000 people in Abu Dhabi and Dubai.

From 2012 to 2014, he served as Charge d’Affaires at the U.S. Embassy in Minsk, Belarus, where he led efforts to broaden U.S.-Belarusian relations. Before that, he was Director of the State Department’s Office of Caucasus Affairs and Regional Conflicts 2009-11. He served 2007-09 as the Deputy Director of the Office of UN Political Affairs, which has responsibility for the political agenda of the UN Security Council and the General Assembly.

Ethan began his Foreign Service career as a Political/Consular rotational officer at the U.S. Consulate General in Jerusalem (1989-91) and also served as Staff Assistant in the Bureau of Near East and South Asian Affairs (1991-92). Prior to joining the Foreign Service, Ethan served as a Civil Servant in the State Department’s Office of Soviet Union Affairs (EUR/SOV).

Ethan’s languages are Russian, Arabic, and Hebrew. He received his Russian training (2011-12) and Arabic language training (1994-96) at the Foreign Service Institute.