The U.S. does not intend to withdraw from Syria in the near future, and is working to build an Arab armed group to protect it, according to Athr Press. 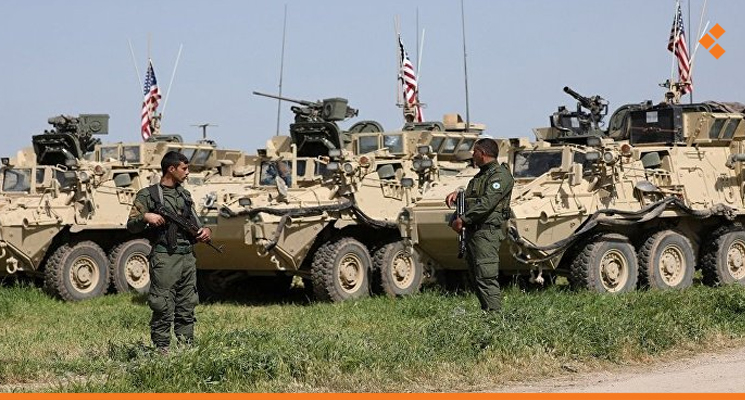 Facts on the ground deny the existence of any U.S. intention to withdraw from Syria. Over the past two months, American forces have strengthened the positions they occupy in eastern Syria, especially their previously established military bases near the main oil fields.

This information indicates that U.S. forces had reinforced the Omar oil field with a significant number of guard points, transported anti-aircraft missiles there, and expanded flight runways so that this base could receive American cargo flights.

U.S. forces transferred several ISIS detainees from prisons affiliated with SDF in the city of Qamishli to al-Katibah prison. This prison, which is located in the southern countryside of Hassakeh and close to an American base south of the oil city of Shaddadi, is directly supervised by U.S. forces.

U.S. patrols roam daily around the cities of Rmelan and Al-Malikiyah, confirming that the U.S.’ policy regarding staying within the oil areas has not changed. Although, Washington has announced during Joe Biden’s tenure as president that it is not concerned with protecting oil installations in Syria, however, the claim is contrary to the reality. U.S. forces are still positioned inside the fields and oversee oil smuggling by SDF towards Iraq and areas occupied by Turkish forces.

The Border Guard Force is a new U.S. concern in Syria, the Arab force that Washington is expanding to take over the tasks of protecting U.S. bases in Syria first, and despite the SDF’s denial of the presence and formation of this force, sources confirm that the force’s commander, Rafi Hassan al-Harran, had toured the border points with Iraq two days ago in Deir-ez-Zor countryside east of the Euphrates River, and reached points controlled by the Iraqi Popular Mobilization Forces. Inside Iraqi territory, the sources say they are focusing on drawing up a new map of positions where the force he leads is deployed, under the pretext of preventing the infiltration of ISIS cells in the two sides of the border.

The joint dialogues between Iraqi and U.S. forces to prepare for the withdrawal of the latter from their bases in Iraq indicates that Washington may push its withdrawn troops toward Syria. If U.S. forces remain in eastern Syria, it will amount to remaining in Iraq due to the proximity between the two countries. There is also no indication that U.S. forces withdrew any of their soldiers from the Syrian interior. Nevertheless, the United States’ sudden withdrawal from Afghanistan — following a consensus reached between a group of international forces, which allowed the Taliban to control the country — was a shocking development for SDF’s leaders, who fear a repeat of the Afghan scenario.