After joining the Cyber Warfare department in 1987, Ali Youssef Hamad rose through the ranks until being nominated as the head of the institution, according to Zaman al-Wasl. 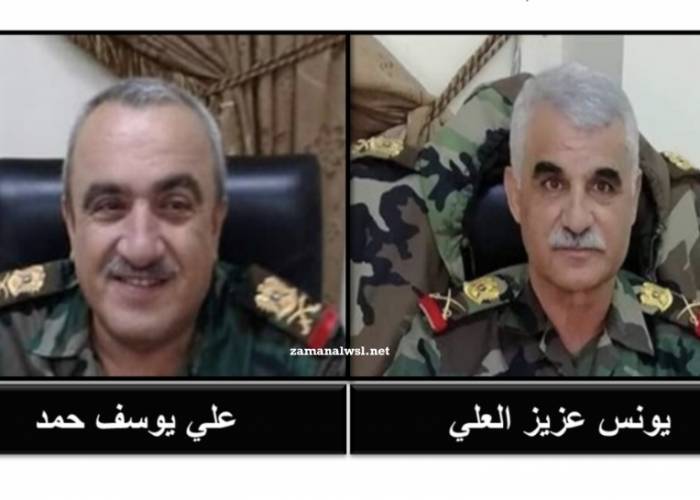 Hamad, originally from the province of Homs, graduated from the Higher Military Academy in 1987 and was appointed to the ninth cyber warfare regiment. He continued in the technical department in the same regiment until reaching the rank of lieutenant colonel.

He was an outcast and notorious officer in the cyber warfare administration, the source said.

A military source told Zaman al-Wasl that during Hamad’s military career, he backed the arrest and convocation of several officers by the Military Security (Branch 293), like Brigadier General Najm al-Jadaan and Brigadier General Hassan Ibrahim.

Hamad was sent to North Korea to follow a course on one of the advanced reconnaissance stations. He was the director of Headquarters 47, the central body responsible for collecting and analyzing information. While listening to phone calls, he often fabricated charges against innocent people during the Syrian revolution.

The tasks of Headquarters 47 were wiretapping, analyzing communications, determining their content, and locating people precisely.

Zaman al-Wasl has obtained military data and statistics revealing the extreme magnitude of sectarianism in the Syrian army. Most of the Army’s top officers are originally from Assad’s heartland, in the Alawite-majority coastal region. In fact, the religious statistics about the Syrian army in 2021 show that Alawite officers hold 82% of army positions.

In a relevant development, the Syrian military police have arrested Major General Haytham Khaddour, Director of the Fuel Department. He was reportedly implicated in a major theft case amounting to millions of dollars, a military source told Zaman al-Wasl Tuesday.

More top officers who supervised military gas stations were also involved in this and other corruption cases. A large number of traders worked to sell and distribute these large quantities of fuel on the black market, taking advantage of the scarcity of these materials and their high prices, especially in winter.

The Syrian regime has frozen all assets and bank accounts belonging to Khaddour and his family.

Khaddour was appointed as Director of the Fuel Department in December 2018, where he attained the rank of major general.

The fuel department is one of the supply departments, responsible for providing the regime’s army with all kinds of fuel, oils, and related equipment. It has dozens of military gas stations deployed in all Syrian provinces, where various fuel materials are borrowed from the main refineries in Homs and Baniyas or the warehouses of the defense ministry.