With people speculating about a change at the top of Syrian politics, Israeli author and Arab affairs specialist Edy Cohen has proposed that Fahd al-Masri, who has been involved with the opposition, could be a viable replacement. 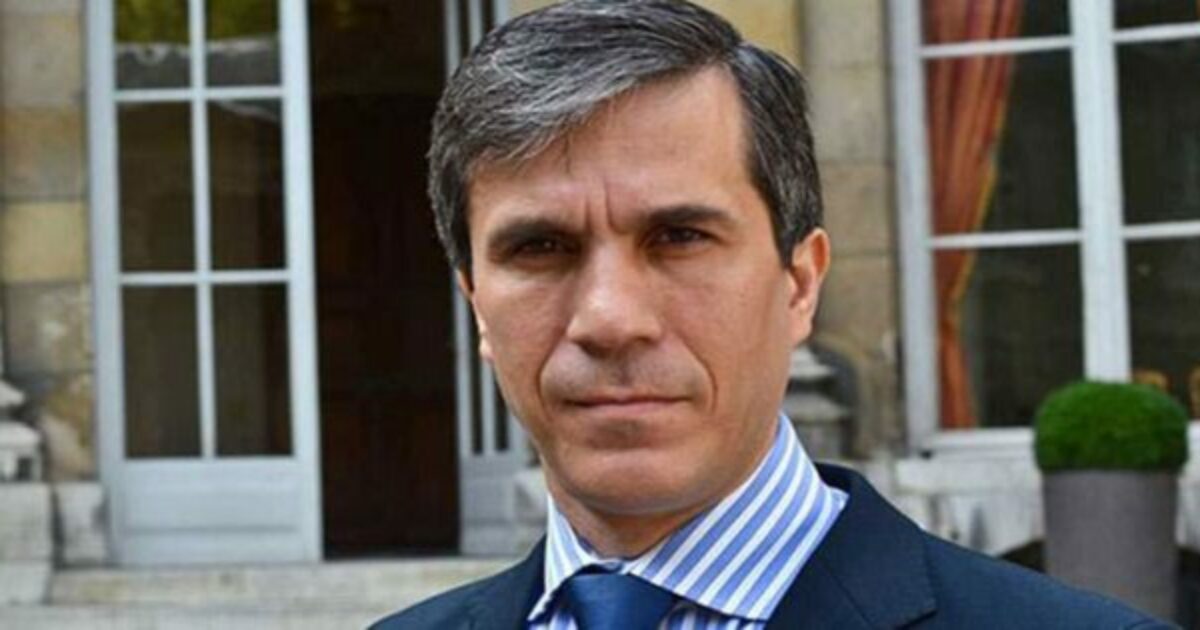 Earlier this month, in April 2020, the Israeli author and Arab affairs specialist Edy Cohen tweeted that Bashar al-Assad would leave by the end of this summer. He followed up with talk of one possible successor: Fahd al-Masri.

Few Syrians know about Fahd al-Masri, but Cohen’s tweet set off a surge in curiosity about him as his Twitter and YouTube followers increased, making him a top news item on Syrian social media.

Masri was born in Damascus in 1970, to a conservative Damascene family. According to his own account, he was expelled from the Higher Institute of Political Sciences for political reasons. The truth is that only Baath Party members loyal to the regime enter the institute, as a part of their party-affiliated education.

He studied Arabic literature at Damascus University, but he did not complete his studies, instead leaving to Lebanon and then Europe, eventually settling in France 24 years ago. There, he studied at the French Press Institute and the institut national des langues et civilisations orientales in Paris.

Masri found work as a correspondent for a number of Arabic-language news organizations, most recently of which were Ttu, a French newsletter focused on security and defense, and the newspaper al-Masri al-Youm.

Between 2005 and 2008, while still in Paris, he ran the monthly magazine al-Mantouf, which published satire against the Syrian regime. Then he presented the Panorama program in London via the opposition satellite channel, which received funding from the US State Department. He resigned to return to Paris at the outbreak of the Syrian revolution.

Throughout 2011 he volunteered to support various strands of the opposition with the exception of the Muslim Brotherhood, and organized 12 press conferences in Paris at the Foreign Press Center in the French Ministry for Europe and Foreign Affairs.

He was the first to publicly demand, via Al-Arabiya, international military intervention in Syria, outside the operations of the Security Council, to protect civilians, and participated in organizing a week of support and advocacy for the Syrian people in Cairo in September 2011. The week included meetings with Egyptian political party leaders, revolution figures, civil society and rights organizations.

He also participated in organizing a week of support for Syrians in Paris in October that same year, attending meetings with French political figures, holding seminars on Syria at the headquarters of the French newspapers Libération, Mediapart and Le Monde. He also held a press conference and meeting with the head of the French Presidency and the French Ministry of Europe and Foreign Affairs, ending in a demonstration in Paris of more than 3,000 protestors supported by French political parties and Amnesty International.

In February 2012 he was among the first founders of a joint leadership for the Free Syrian Army within Syria, and contributed to strengthening the formation of governorate-level military councils, as well as founding their media offices and working as a spokesperson.

According to Masri, he was detained at Istanbul’s Atatürk Airport for five days on the pretext of holding a false passport. While he was in detention, the formation of a new leadership was announced. French authorities intervened and he was returned to Paris.

In 2013, at the invitation of the French Socialist Party, he gave a joint symposium with former French Defense Minister Alain Richard about developments in Syria.

The following year, in 2014, he and a number of other civil and military figures founded the Center for Strategic, Security and Military Studies on Syria.

In 2014 he co-founded the National Salvation Group in Syria, which he says included dozens of officers and political opposition figures. The group changed at the end of 2016 to the National Salvation Front and was adopted by an organisation called the Syrian Wisdom Council, which took on directing the project.

Later in 2014, Masri met with Russia’s Deputy Foreign Minister Mikhail Bogdanov and suggested serious constructive dialogue with the Free Syrian Army, and for there to be meetings between defected Syrian military leaders and Russia in Cairo. He also called for the removal of Assad, his brother and 52 other figures who represented the regime’s extreme and murderous wing. Additionally, Masri demanded the formation of a transitional military council as an alternative to Assad’s rule. The following day, he held a press conference in Paris under the title “Rehabilitating Assad Strengthens Daesh and Exacerbates the Refugee Crisis.”

On Dec. 15, 2016, Masri published an open letter to “the Israeli people about peace between Israel and the new Syria.”

One month later, on Jan. 15, 2017, the National Salvation Front published a roadmap for peace between Syria and Israel. Masri was elected head of the Front’s political office as 35 members were assembled from around the world to launch a project to build the group’s leadership at Syria’s city and governorate levels.

According to reports published by those close to Masri, 32 Syrian Jews have so far joined the Front. The Jewish community in Syria today doesn’t number more than several dozen people, most of whom are elderly.

It was in this context that Edy Cohen wrote his tweet earlier this month, in April. Masri responded with another tweet: “We must realize that Dr. Edy Cohen is a researcher and professor at Bar-Ilan University, and not just another Twitter account or activist on social media. He is a researcher in what is considered one of the most important Israeli research centers.”

Masri then published a video where he appeared in a presidential manner, addressing Syrians: “Oh, sons of my homeland!” In the video, he predicted the end of Assad’s rule, or Assad’s murder this coming July.

He also expressed his willingness to cooperate with Israel in a 2016 televised address shown to Israeli viewers. In the speech, he said he hoped to speak to the Israeli people from the Knesset, similar to the late former Egyptian President Anwar Sadat.