Aleppo Governorate has witnessed the arrival of militia forces from Iraq, who have been sent to bolster the western countryside of Aleppo reports SY 24. 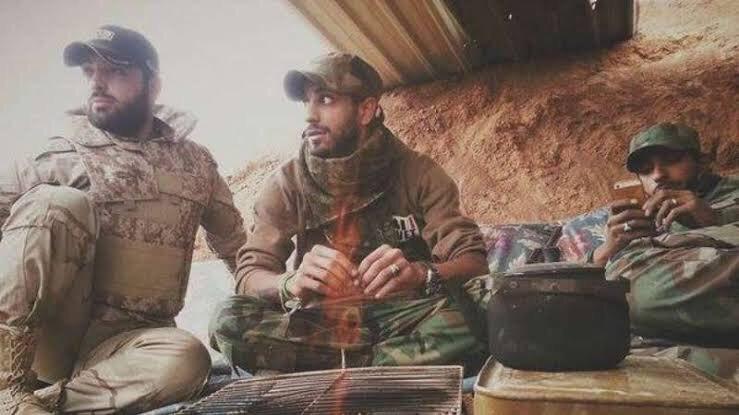 According to reports from Aleppo Governorate in northern Syria, Iranian militias have sent fresh Iraqi forces to the western countryside of the city, to be deployed on the demarcation lines with the opposition factions.

Private sources spoke to SY 24. They said that, “the Iranian militias have sent about 200 Iraqi fighters to their sites in the western countryside of Aleppo. The fighters are now stationed in military bases in the Urum al-Kubra and Kafarna area, and near the 46th regiment.”

The militias transported their forces in helicopters that left Damascus and Deir ez-Zor, and arrived at Aleppo International Airport and the defense laboratories in Safirah, according to the sources.

The latter also confirmed that, “the forces belong to the militia Zulfiqar and will be deployed to the southwestern fighting hubs of the city of Aleppo.”

A few days ago, Persian-language website, War Reports in Syria and Iraq, published a picture of Abu Shahad al-Jabouri, commander of the Zulfiqar militia of the Revolutionary Guards.

The picture shows that Jabouri was awarded a medal from the Russian Ministry of Defense, due to his role in the attacks on eastern Aleppo, where Iraqi militias were among the most prominent militias that participated in the attack on the eastern neighborhoods of Aleppo and taking over the city, leaving thousands of residents displaced and killed.

SY 24 sources pointed out that, “the new forces include about 100 fighters, who are equipped with many heavy machine guns. The fighters were deployed in the Anjara area and to Qubtan al-Jabal, near the opposition-controlled Sheikh Suleiman area in the countryside of Aleppo.”

Iranian militias control the entire western and northern countryside of Aleppo. They have security and military camps and headquarters in the region, and have been spreading, for years, in the entire southern countryside of Aleppo. They recently turned the city of Anadan and its mountain into a military zone and prevented the regime’s army and its militias from entering.