Syria has condemned Turkish and US plans to establish a safe zone in northern Syria, describing them as a flagrant aggression against Syria’s sovereignty and territorial integrity writes SANA. 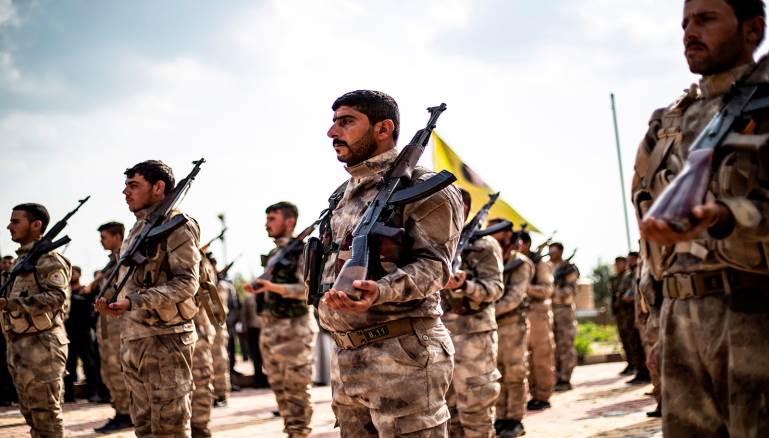 Syria has expressed its categorical rejection of the agreement announced by the US and Turkey on the establishment of the so-called “safe zone”, affirming that it constitutes a flagrant aggression against Syria’s sovereignty and territorial integrity.

On Thursday, an official source at the Foreign and Expatriates Ministry told SANA that, “Syria expresses its categorical rejection of the agreement announced by the US and Turkish occupations on establishing the so-called safe zone, which constitutes a blatant aggression against the sovereignty and territorial integrity of the Syrian Arab Republic and a flagrant violation of the principles of international law and the UN Charter.”

“This agreement has very clearly exposed the aggressive US-Turkish partnership against Syria, which serves the interest of the Israeli occupation entity and the Turkish expansionist ambitions and it unequivocally exposed the misleading and evasiveness that govern the policies of the Turkish regime,” the source added.

The source continued that some of the Kurdish Syrians, who have been misled and agreed to be a tool and a pretext for this US-Turkish hostile project, bear the historical responsibility for the emerging situation, and it is time for them to reconsider their calculations and to stand by the side of all Syrians and the Syrian Arab Army in defending the sovereignty of the Syrian Arab Republic and its territorial integrity.

The source affirmed that the Syrian people and their heroic army, who have sacrificed so much in defense of Syria in the face of the Takfiri terrorist groups and their backers, are more determined to sacrifice everything to preserve the safety and territorial integrity of their homeland.

“Syria calls on the Arab people to be aware of the dangers of the expansionist ambitions of the Turkish regime, which is spreading death and chaos to different parts of the Arab world, from Syria to Libya and the Sudan and it will not stop until it satisfies its illusions of reviving the Ottoman Sultanate,” the source said.

The source concluded by saying that, “Syria calls on the international community and the UN to condemn the flagrant US-Turkish aggression, which constitutes a dangerous escalation and poses a threat to peace and security in the region and the world and hinders all positive efforts for finding a solution to the crisis in Syria,” the source added.