Tension between two opposition factions in Afrin is rising due to control over lucrative gas stations, according to al-Etihad Press. 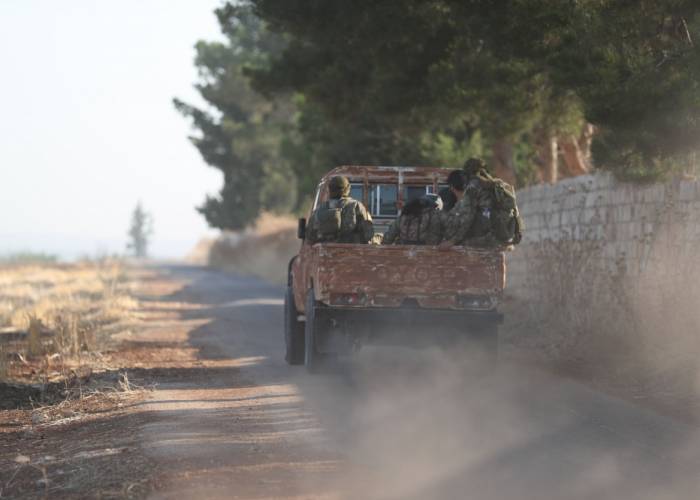 The village of al-Ghazzawiyya in the Afrin countryside is experiencing security tension on the ground between opposition factions. This follows the advance of the militants of the Hay’at Tahrir al-Sham faction (HTS, formerly Jabhat al-Nusra) towards the checkpoint of the al-Sham Legion faction. The tension is the result of preparations for possible complications. The reason for the witnessed move is the crossings’ gains, despite the known friendly relationship between the two parties.

According to the Afrin Post, on Wednesday morning, members of Hay’at Tahrir al-Sham faction advanced towards the administrative borders of Afrin city, where they seized several gas stations located near the al-Ghazzawiyya checkpoint. Militants of the al-Sham Legion faction controlled these gas stations.

The sources added that, in the morning, HTS’ militants advanced 500 meters into the sectors controlled by the al-Sham Legion faction on the road connecting the city of Darat Azza and the village of al-Ghazzawia.

According to the source, HTS militants took over several gas stations through their advance and began dismantling several of them, without disclosing any reasons. Following this development, al-Sham Legion Faction brought large military reinforcements towards the village and closed the crossing.

Activists posted an audio recording warning civilians not to go to and from the al-Ghazzawiyya crossing out of fear of possible clashes between the two parties, at any moment.

The sources said that the tension in Afrin between the two factions is rooted in the financial revenues that the al-Sham Legion faction gains from gas stations. An additional issue concerns the smuggling of fuel towards the Idleb governorate, which is under the control of the HTS faction.