Iraqi militia sites in Syria targeted by US airstrikes on Sunday night were commercial depots believed to be covertly handling weapons, according to al-Araby al-Jadeed. 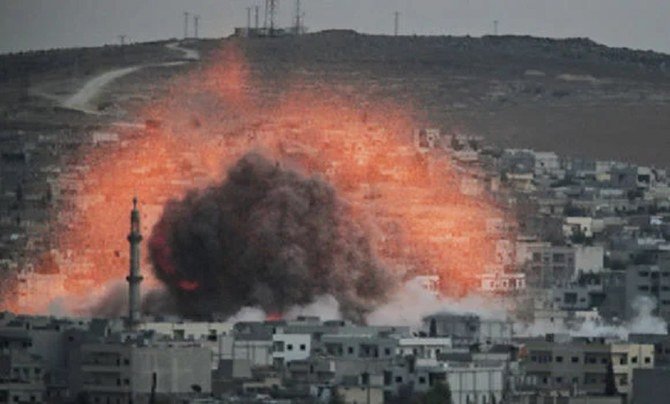 On Sunday, the Pentagon announced that the US had struck three “operational and weapons storage facilities” belonging to Iran-backed Iraqi militias on the Syria-Iraq border.

The Syrian regime condemned on Monday US airstrikes against militia targets on the border with Iraq, describing them as a “flagrant violation of the sanctity of Syrian and Iraqi lands”, Syrian state media said, citing a foreign ministry statement.

“Syria renews its call on the US administration to respect the unity of the land and people of Syria and Iraq and to stop these attacks on the independence of the two countries immediately,” the statement added.

This comes as US Secretary of State Antony Blinken said on Monday that the strikes on pro-Iran fighters in Iraq and Syria should send a “strong” message of deterrence not to keep attacking US forces.

“I would hope that the message sent by the strikes last night will be heard and deter future action,” Blinken told reporters on a visit to Rome.

“This action in self-defense to do what’s necessary to prevent further attacks sends a very important and strong message,” he said.

Sources told The New Arab’s Arabic-language service that the targeted sites were six kilometers away from the al-Qaim border crossing between Syria and Iraq.

The crossing was reopened in September 2019 after several years of closure due to the presence of Islamic State group extremists in the area. It handles commercial goods and there is a free trade area nearby but it is also a logistical lifeline for the Iraqi militias fighting in Syria.

The sources said that the strikes hit depots whose official purpose was to store and transport food supplies but were also believed to have been used to transport weapons.

They added that this was not the first time the depots had been targeted, saying that on 15th June, warplanes of unknown origin had hit the area and the nearby Imam Ali base, killing or injuring 10 Iraqi militiamen.

The anonymous sources also said that the area around the al-Qaim border crossing was not under the authority of either the Iraqi government or the Syrian regime, but under the control of Iran-backed militias, adding that they had built many structures in the duty-free area and were involved in trading goods.

The international anti-IS coalition, which works with the Iraqi army and security forces, is present on most of the rest of the border between Syria and Iraq, preventing Iran-backed militias from approaching.