Opposition groups backed by Turkey clashed in-between themselves and with the Kurdish-led Syrian Democratic Forces, according to Athr Press. 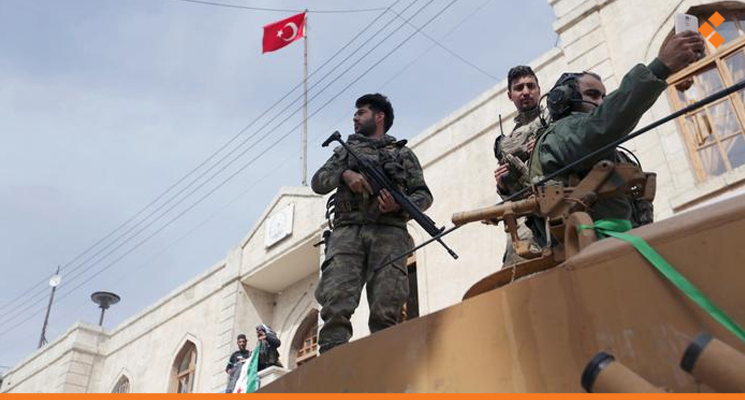 Local sources told Athr Press that the Mu’tasim Division group had tried to expel the families of fighters from other groups within the area it controls in Ras al-Ain city, in the rural northwest of Hassakeh.

The sources indicated that the Mu’tasim Division has clashed with the Hamza Division group through raids on houses. These attacks resulted in the injury of several fighters from the two sides, while tension is rising.

However, the sources denied that the Mu’tasim Division group, supported by the so-called “military police,” had raided locations housing ISIS or Syrian Democratic Forces (SDF) cells. Rather, the order was limited to expelling the families of fighters with rival groups from their sphere of control.

Now and then, the city of Ras al-Ain witnesses clashes between groups loyal to Turkish forces against the backdrop of the conflict over spheres of influence and smuggling crossings. These conflicts took place without any intervention from the Turkish occupation forces.

In other news, the Manbij region witnessed for hours of violent encounters and an unprecedented escalation between Turkey and its militants on the one hand, and SDF militants stationed north of the region.

Local sources said that the clashes between the two sides — the most serious of their kind in several months — led to many deaths and injuries, as well as the damage of several vehicles, equipment, and ammunition belonging to both sides.

Following the failure of their attack, Turkish-backed opposition militants — with support from the Turkish military base — again shelled villages on the Sajour river axis. The shelling targeted a small group of villages, causing significant damage to civilian property and agricultural land throughout those communities.