Israel has destroyed a Syrian observation post in the occupied Golan Heights, according to Zaman al-Wasl. 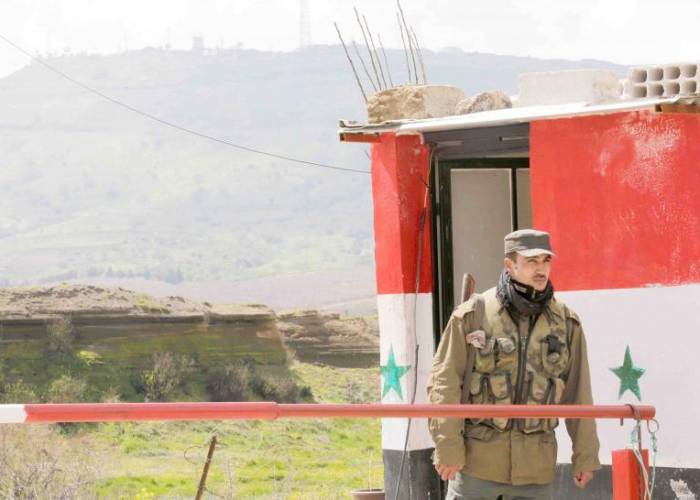 On Tuesday, the Israeli army destroyed a Syrian regime observation post in the Israeli-occupied Golan Heights, the third such operation in a year, a spokesperson said.

The Israelis “destroyed a forward observation post of the Syrian army that was set up in an Israeli area west of the Alfa line in the Golan Heights,” spokesperson Avichay Adraee wrote on Twitter, referring to the Israeli side of a United Nations-patrolled buffer zone between both countries.

In addition, he said Israeli troops attacked and blew up the post, adding that Israel would not “tolerate any attempt to violate the sovereignty” of the Jewish state.

No casualties were immediately reported.

Israel has carried out hundreds of strikes in Syria since the beginning of the conflict there in 2011, mostly targeting forces affiliated with Iran or the Lebanese Hezbollah, as well as Syrian government troops, though it rarely acknowledges these strikes.

Nevertheless, according to its military, Israel hit 50 targets in Syria in 2020 alone.

Israel says it is trying to prevent Iran, which has been one of the Syrian government’s key allies in the decade-old civil war, from gaining a permanent military foothold on its doorstep.

In early May, Syrian state media and a war monitor said Israel had carried out air strikes in the southern Syrian province of Quneitra, near the border with Israel.

The Golan Heights, a strategic military zone, was seized by Israel from Syria during the 1967 Six-Day War.