Regime fighters in the costal area are being killed or dying under mysterious circumstance, with some believing that the regime eliminating witnesses to war crimes writes Zaman Al-Wasl. 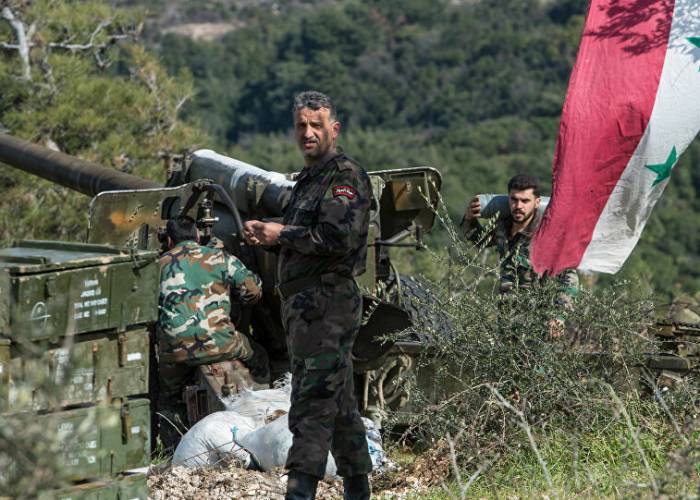 Despite the death toll of the regime’s army decreasing in Tartous and Lattakia over the past two months, two high-ranking officers, a Major General and a Brigadier General have met their ends in mysterious circumstances.

Moreover, other people were also killed as a result of the poor medical care they received after being injured while fighting alongside the regime.

Furthermore, a number of Assad’s soldiers, in Jableh and in Qirdaha, were killed in what was attributed to miscellaneous incidents. Incidents that ranged from traffic accidents to killings involving hand grenades.

Opposition lawyer, Abd al-Salam Abu Khalil, originally from Lattakia, said in an interview with Zaman Al-Wasl that the mysterious killings of some of Assad’s officers were due to the fact that those people were eyewitnesses and were involved in major crimes against the Syrian people.

Abu Khalil said that the Assad regime has been adopting this methodology for a long time now, and this is evidenced by the killing of Rustum Ghazaleh, Jameh Jameh, and others.

On the other hand, pro-regime voices have begun to rise, demanding to know the fate of their missing children during the revolution years.

Umm Ali Abad from the town of Qirdaha demanded that the Assad regime share the whereabouts of her son, Lt. Col. Ali Abad, in her weekly visit to the Jablah Division.

Eyewitnesses from the town of Qirdaha mentioned that the Jablah division has witnessed an influx of people demanding to know what has happened of their sons. According to the sources, the people want to get information about their family members so that they can update their death records and process inheritance procedures and make sure the rights of their family members are safeguarded.

Zaman Al-Wasl monitored a number of murders during May and June in the provinces of Tartous and Lattakia.

These are the names of those who have been killed:

Maj. Gen. Suleiman Muhammad Khallouf – killed in mysterious circumstances, in his office. He was the Director of the al-Ishara College, located in Homs. He was from the village of Tel Termas, Safita district, Tartous Governorate.

Brig. Gen. Haitham Muhammad Othman – died in undisclosed circumstances. He was affiliated with the Military Academy of Military Engineering. He was from the village of Qarso in the countryside of al-Qurdaha. No funeral was held, amid rumors that Othman had contracted the coronavirus, which was used as an excuse to not open the casket and expose the body.

Shadi Nazeer Ahmed – died of his wounds as a result of negligence on the part of the regime authorities. He was from the village of Basir al-Jord, Safita district, Tartous Governorate.

Ali Zuhair Hamid – was killed in Raqqa Governorate. He was from the Safita district, Tartous Governorate.

Nibras Nasser Ghanem – was killed in the Raqqa countryside. He was from al-Dulaiba village, in Barmana district, al-Mashayekh, Tartous.

Ethar Ghanem – was killed in a mysterious accident after a hand-grenade exploded in the city of Jableh. He was affiliated with the Fourth Division.

Faris Ibrahim – was killed on the Shatha al-Qirdahah road, while he was riding his motorbike to military service in the eastern countryside of Idleb. He was from al-Qirdahah, Mesit village, Lattakia Governorate.

Ali Munir al-Qawzi – was receiving treatment in intensive care, suffering from a serious condition. He was attacked and wounded by an unknown source. He was from the village of al-Eidiya, region of Jableh.