Syria has announced the latest people to be promoted to the rank of Major General and those promoted to Brigadier General writes Pro-Justice. 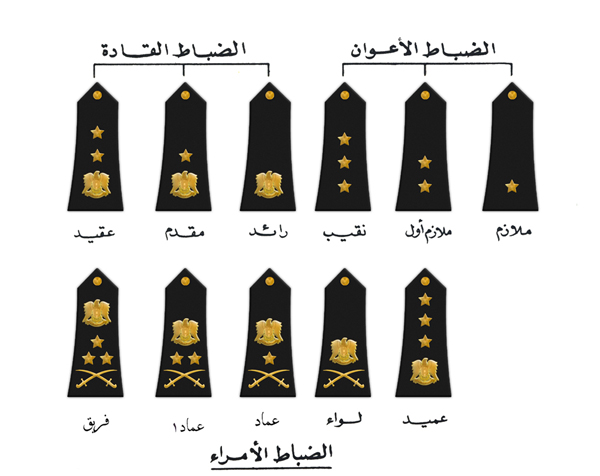 The following officers were promoted to the rank of Major General:

In addition, 22 officers were promoted to the rank of Brigadier General:

The regime has tried to sell the idea of an “ideological army” both domestically and abroad throughout its rule. But its actions on the ground proved just the opposite time after time. Every time the people try to mobilize any resident of the country, they are subjected to a painful blow from this “ideological” army. This is on top of the intelligence apparatus captures people’s breath, and has extremely close ties to the military establishment. Even after the revolution, it became as a single institution erecting roadblocks in cities to serve as traps to hunt down young men for military service—revolutionaries and ideological opponents alike.