The regime is rounding up young men in the Damascus suburb of Ghouta and forcibly conscripting them into the army writes Zaman Al Wasl. 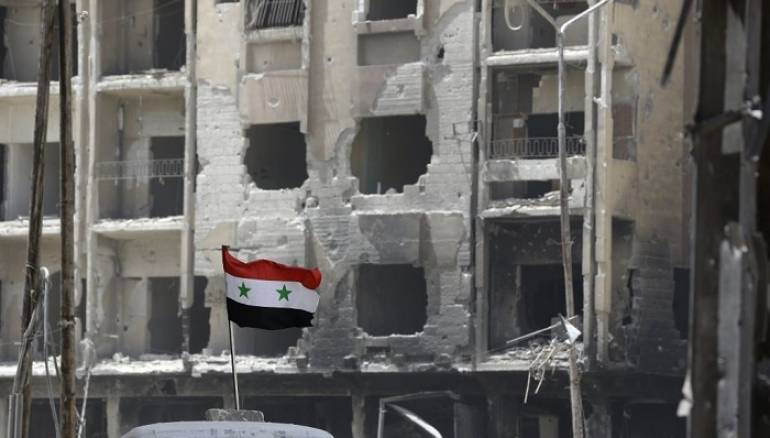 At least 50 people were arrested by the State Intelligence in the eastern suburbs of Damascus amid a major conscription campaign, as the regime army mobilizes forces to take the last rebel stronghold in northwestern Syria.

The Voice of the Capital, a local news site, said that Saturday’s raids had targeted Douma, the capital of the eastern Ghouta suburbs.

Raids also included towns in Qalamoun like Dumayr and Ruhaiba, where dozen of people were arrested for conscription.

Most of the young men in the capital’s eastern suburbs have rejected the regime’s conscription call but the reconciliation deals have imposed a new de-facto. They should join the army or they might face arrest by the military intelligence.

The regime army has sent out about 7,000 conscription calls to eastern Ghouta’s young men to perform the military service, despite some names belonging to people killed or displaced, according to names listed by the General Conscription Department.

In a related story, two children were killed in a bomb explosion in the eastern enclave of Damascus, activists said Sunday. The bomb was one the war remnants in eastern Ghouta suburbs.